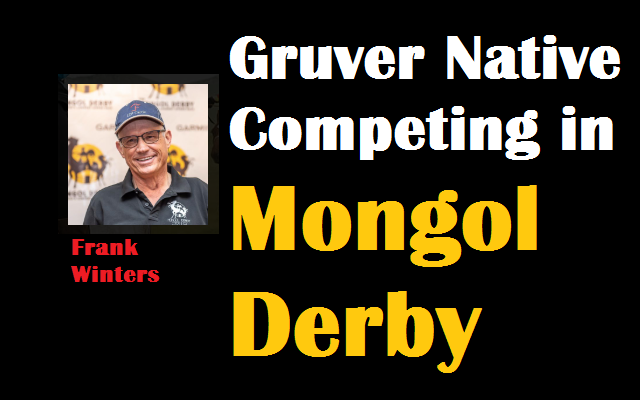 In the final installment of this series, KGNC’s Shannon Gray speaks with Gruver Cowboy Frank Winters on the Mongol Derby and how participating has opened up the world of Endurance Horse Racing to him.

When Frank gets back from Mongolia we will sit down with him again to discuss the experience he had in this race.

The Race Standings have changed since this story aired this morning, and they have officially crowned a winner!

Bob Long of the U.S. won the entire thing – he made history as he is 71 years of age making him the oldest rider to ever win the Mongol Derby.

With a 4-way tie for 3rd place, Frank finished in 7th place.