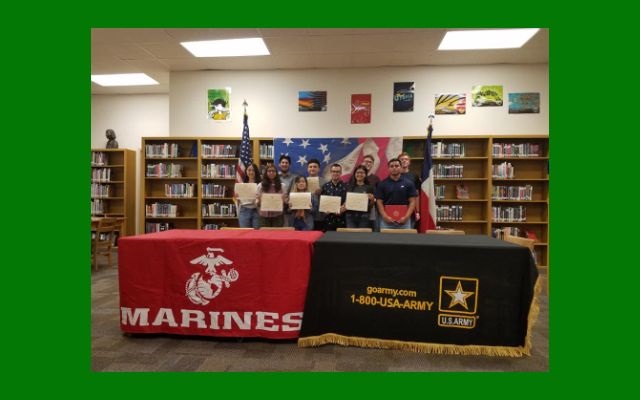 Palo Duro High School held a signing for 12 seniors who enlisted with the United States Military on Monday.

Students and parents were in attendance to honor these young men and women who have chosen to serve our country.

Incoming Commander of the Amarillo Recruiting Company, Captain Amy VonBehren administered the Oath of Enlistment to the young men and women who are going to the Army.

These students enlisted in the following branches of the U.S. Military.