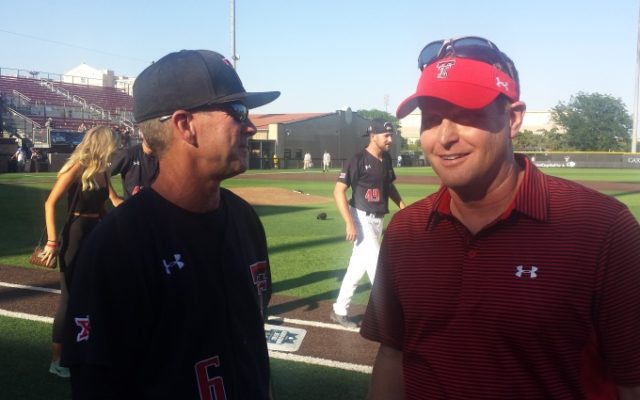 LUBBOCK, Texas – The first 2019 preseason poll is out, and the Texas Tech baseball team opens at No. 4 in Collegiate Baseball’s preseason top 40 poll, the publication announced today.

It marks the second-straight year Texas Tech has been slotted in the top 5 by Collegiate Baseball Newspaper. Overall, it is the fifth-straight year Tech has posted a preseason Top 25 ranking.

After starting 2018 at No. 5 in Collegiate Baseball’s poll, Tech navigated through their slate to its fourth-straight 45-plus win season behind a 45-20 record, including a 15-9 conference mark en route to a No. 9 national seed. The Red Raiders returned to the College World Series for the third time in five years last season.

Collegiate Baseball released its 2019 preseason All-America teams on Monday, and Texas Tech led the Big 12 and was one of only two schools nationally with three or more players on the list. Jung was named as the first team third baseman, while Holt and right handed pitcher Caleb Kilian secured nods to the second team.

Ten teams on Tech’s 2019 schedule were represented in the poll with six of those coming to Rip Griffin Park at Dan Law Field, including nonconference foes Oregon (No. 31), Stetson (No. 37) and Michigan (No. 39). Other nonconference opponents featured include Duke (No. 20), Mississippi State (No. 27) and Sam Houston State (No. 40).