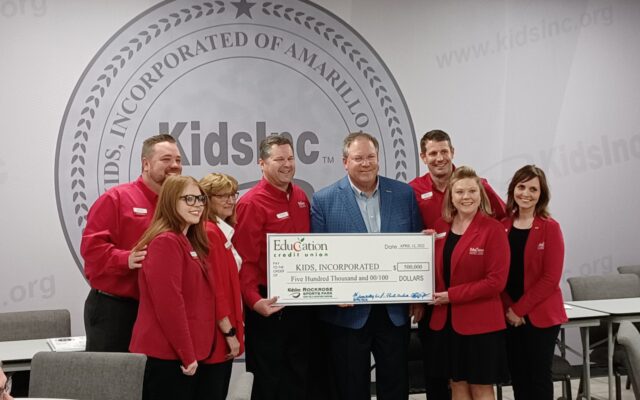 Kids Incorporated held a press conference on Tuesday at their warehouse to announce more major gifts going into their Home Field Advantage Campaign for the New RockRose Sports Complex.

It was announced that a donation of $300,000 was donated by Schaeffer Family.

Another $125,000 was evenly split amongst Ben and Kelly Whittenburg as well as CJ and Syble Fowlston Charitable Trust donating $125,000 each.

To round it off, a donation of $500,000 was given by Education Credit Union bringing todays total to over a million dollars.

President and CEO of Kids Inc Jimmy Lackey says this project is getting done sooner rather than later.

For more information about the new Sports Park Campaign visit our website kgncnewsnow.com