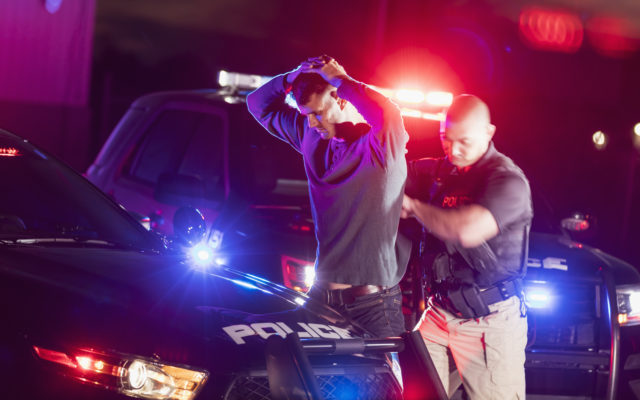 A police officer making an arrest, standing outside his patrol car at night, emergency lights flashing. The criminal is a young man in his 20s, standing his his hands on his head as the officer searches him.

A police chase in the early morning hours in Vega led to the arrest of one man.

Officers say the chase began at 3:30 am when the driver headed the wrong way down I-40, and only ended when the car ran out of gas near the Wilderado exit.

Deputies from five different counties were involved at some point, including Wheeler, Gray, Carson, Potter, and Oldham.

The driver was checked on the scene by Vega Emergency Medical Services and was taken into custody by the Carson County Sheriff’s Office.