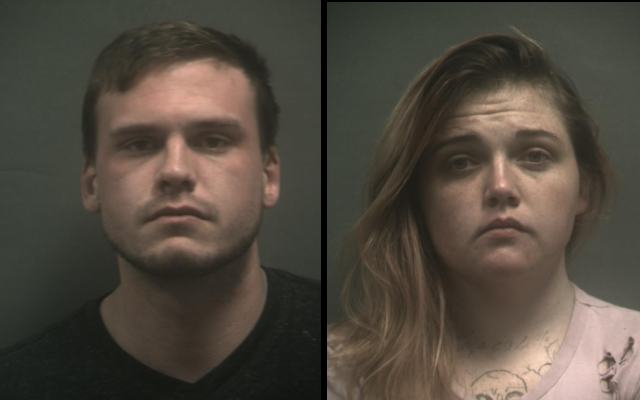 The Amarillo Police Department was called out to a parking lot of a closed business in the 3400 block of 3400 Wednesday on Suspicious Activity.

Once on scene they located a blue Mazda Sedan and a red Nissan Pathfinder with 22-year-old Stephanie Danielle Price inside the Sedan.

Price exited the vehicle and was in possession of a handgun and narcotics.

While near the vehicle, Officers could see two catalytic converters and tools used to remove the items in the back seat of the vehicle.

Officers also located 22-year-old Nate Oliver Murie hiding in the bed of a pickup truck on the property.

Price was placed under arrest for Possession of a Controlled Substance, Unlawful Carrying of a Weapon, Theft of Property and six Municipal Warrants.

Murie was arrested for Theft of Property, Criminal Trespass, and two Municipal Warrants. The catalytic converters were returned to the owner.