West Texas A&M Athletics Dominate Across the Board 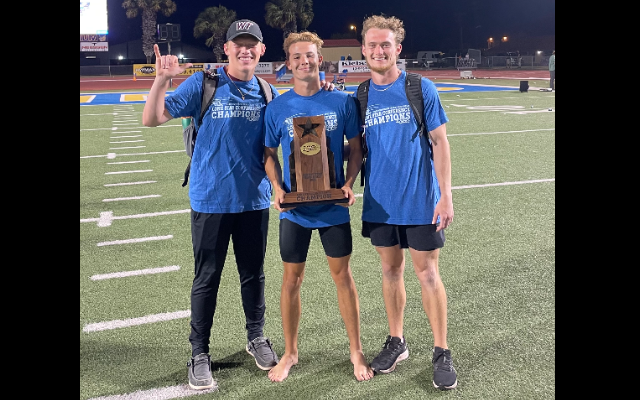 Whether on the track or on the diamond, it was another weekend of dominating performances for our West Texas A&M athletes.

The No. 2 ranked Lady Buff track team put up 230 total points to win their second consecutive team title at the Lone Star Conference outdoor championships, giving them a clean season sweep as both the outdoor and indoor champions.

Star senior Zada Swoopes became the first Buff ever to win three individual outdoor events at the same meet, as she took home gold in the hammer throw, discus and shot put.

The story was almost the same for the 1st-ranked men’s track team, as they used record-breaking performances to claim their second straight LSC outdoor championship.

Olympian Benjamin Azamati won his second 100m title as he ran a 9.86s, good for the fastest all-conditions time in NCAA Division 2 history.

The men’s team entered the final day trailing Commerce by a single point before they won 8 total events to put it out of reach.

The 15th-ranked Buff baseball team advanced to the LSC Championship game after sweeping the weekend series over Oklahoma Christian at Wilder Park in Canyon.

They’ll be back in action starting May 12th for the double-elimination event.