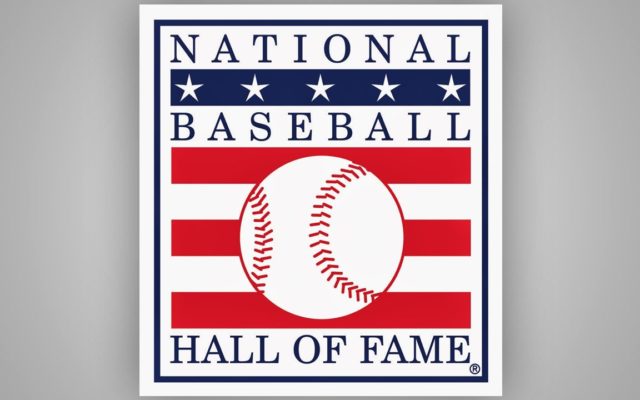 (Undated) — Mariano Rivera, Roy Halladay, Edgar Martinez and Mike Mussina are headed to the National Baseball Hall of Fame. Rivera is the only player to be unanimously selected by the Baseball Writers.  Inductions will take place in Cooperstown in July.

(Arlington, TX) — Veteran reliever Zach McAllister has agreed to a one-year one-million dollar contract with the Rangers. He posted a 6.20 ERA in 45 innings last year with the Tigers and Indians. Texas has also agreed to a one-year contract with infielder Asdrubal Cabrera, who combined to hit .262 with 23 home runs, 36 doubles and 75 RBIs in 2018 with the Mets and Phillies. He likely will play mostly at third base with Adrian Beltre retired.

(Orlando, FL) — Cowboys quarterback Dak Prescott and wide receiver Amari Cooper have been added to the NFC Pro Bowl roster. They replace Drew Brees and Michael Thomas. The Cowboys will have six in the Pro Bowl, which will be played Sunday in Orlando. The other Cowboys in the game will be running back Ezekiel Elliott, defensive end DeMarcus Lawrence, linebacker Leighton Vander Esch and cornerback Byron Jones. Dallas offensive linemen Zack Martin and Tyron Smith were named to the Pro Bowl, but opted not to play because of nagging injuries.

(Undated) — Impending free agent wide receiver Cole Beasley blasted the Cowboys on Twitter for the scarcity of passes aimed in his direction. Beasley says the front office pushes who they want to get the ball. Beasley says this does not mean he’s gone, but he desires more opportunities a game. He caught 65 passes for 672 yards and was targeted 87 times, which was second on the team.

(Los Angeles, CA) — An attorney representing Saints season-ticket holders is throwing a Hail Mary to get the team to the Super Bowl. A lawsuit was filed after New Orleans’ controversial loss to the Rams following a missed call by refs that swayed Sunday’s NFC championship. The suit cites an obscure rule that allows for the commissioner to reverse the outcome if deemed unfair.

(Dallas, TX) — Disenchanted guard Dennis Smith Jr. scored 17 points and hauled in eight rebounds in his return after a six-game hiatus to help the Mavericks top the Clippers 106-98 in Dallas. Harrison Barnes led Dallas scorers with 20 points. DeAndre Jordan had 13 points and 16 rebounds for the Mavericks, who ended a four-game slide. Patrick Beverly led Los Angeles with 16 points and nine rebounds. Avery Bradley and Lou Williams each scored 15 points in defeat. The Clippers have lost six of their last seven games.

(Dallas, TX) — The NBA has fined Mavericks rookie Luka Doncic ten thousand dollars for kicking a ball into the stands in a Saturday loss at Indiana. The incident happened with three minutes left. The 19-year-old picked up his second technical foul and was ejected.

(Oklahoma City, OK) — Russell Westbrook posted a triple-double with 29 points, 14 assists and 10 rebounds to lead the Thunder to a 123-114 win over the Trail Blazers in Oklahoma City. Paul George scored 36 points in the win. Steven Adams also chipped in 14 for Oklahoma City, which has won three straight. Portland got 34 points from Damian Lillard and 31 from C.J. McCollum in the loss.

Rockets Will Play Tonight At Knicks

(New York, NY) — The Rockets will face the Knicks tonight at Madison Square Garden. Houston will try to bounce back from a 28-point loss Monday in Philadelphia. James Harden has scored at least 30 points in 20 straight games. The Rockets are 4-and-5 in their last nine games. They will return home Friday to meet the Toronto Raptors.

Stars Off For All-Star Break

(Dallas, TX) — The Stars are off until January 30th for the All-Star break. Miro Heiskanen will represent Dallas at the All-Star Game, which is Saturday in San Jose. After beating the Winnipeg Jets 4-2 on Saturday, the Stars own the first Wild Card spot in the West with 52 points.

(Melbourne, Australia) — Serena Williams is out of the Australian Open. The 16th-seeded American blew a 5-1 lead and four match points in the third set and lost to Karolina Pliskova in the quarterfinals. The 37-year-old, 23-time Grand Slam champion appeared to tweak her ankle and couldn’t close it out. Williams had beaten top-seeded Simona Halep in the Round of 16.

(Undated) — In area college basketball, Texas A&M blew a 13-point halftime lead and surrendered 48 points in the last half in an 81-72 loss at Florida. The Aggies have lost six of their last seven to fall to 7-and-10 and 1-and-5 in the SEC. Kansas State defeated number-13 Texas Tech 58-45 in Big 12 action at Bramlage Coliseum. The suffociating Wildcats’ defense limited the Red Raiders to making only 32.7 percent of their shots and missing 18 of 23 treys. Tonight, TCU will host Texas.

(College Station, TX) — Texas A&M quarterback Nick Starkel tweeted he plans to transfer this summer after receiving his diploma in June. He started in 2017, but first-year head coach Jimbo Fisher started sophomore Kellen Mond last year. Starkel passed for 1,793 yards and 14 touchdowns in 2017. He will have two years of eligibility left.