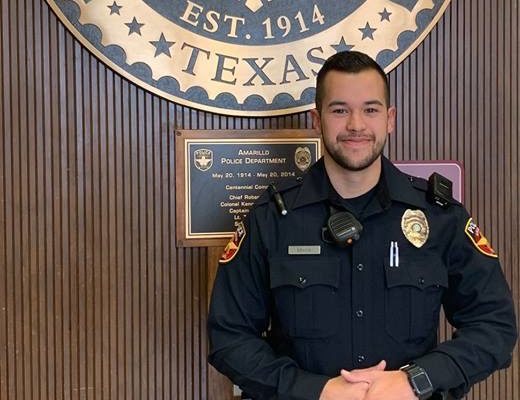 The Amarillo Police Department has teamed up with other law enforcement and support agencies to make up the Domestic Violence Task Force, inspired after an officer arrested a high-risk domestic violence offender.

On January 6, Amarillo Police Officer Matthew Brush was patrolling around hotels in the I-40 and Paramount area.

Brush recognized a vehicle belonging to a suspect identified as a ‘high-risk domestic violence offender’ who had outstanding warrants and a protective order against him.

Police found that a victim, listed as a protected person in the protective order, was in the same hotel as the suspect and that the suspect had assaulted this victim two times before since July and was arrested both times.

The suspect was arrested for violation of a protective order/bond two or more times within 12 months and taken to Potter County Jail.

The new task force will have detectives and attorneys working with victims and their families and will also target high-risk offenders, holding them accountable for their actions and not letting them get away with any law violations.