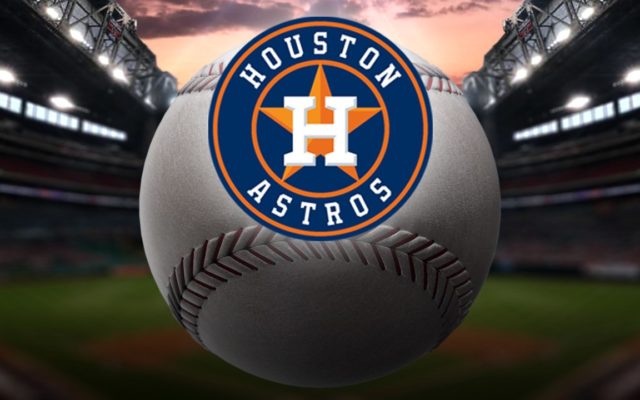 (Anaheim, CA) — George Springer pounded two homers and drove in three, but the Astros fell 9-6 to the Angels in Anaheim. Framber Valdez took the loss, giving up seven runs, but just three unearned, over four innings. Houston is 2-and-3 since the All-Star Game.

(Anaheim, CA) — The Astros will continue this four-game series tonight with the Angels in Anaheim. Houston has not yet announced who will throw the first pitch. Left-hander Andrew Heaney will start for the Angels.

(Arlington, TX) — The Rangers will close out this homestand with a two-game Interleague series beginning tonight with the Diamondbacks. Lance Lynn will be going for his 13th win as he starts the opener for Texas. He has not won more than 12 games in a season since 2014 when he went 15-and-10 with St. Louis. Rookie southpaw Alex Young starts for Arizona. Our pregame coverage begins this evening at 6:30 on 710AM and 97.5FM KGNC.

Pence Expected To Be Activated Tonight

(Frisco, TX) — Hunter Pence will be examined by the medical staff today. If they give the OK, Pence is scheduled to be activated for the game tonight against Arizona. He is on the injured list with a strained right groin. Pence was voted to be the starting AL designated hitter for the All-Star Game before the injury forced him out.

(Amarillo, Texas) – The Amarillo Sod Poodles will open a six game homestand tonight at HODEGETOWN against the Springfield Cardinals. First pitch is at 7:05. The Famous San Diego Chicken will put in an appearance Wednesday night. The Soddies play the Cardinals tonight through Thursday then Northwest Arkansas comes to town Friday through Monday.

(Dallas, TX) — Multiple outlets report the NBA has fined Mavericks owner Mark Cuban fifty-thousand dollars for leaking information to a reporter from last week’s NBA Board of Governors meeting. Cuban acknowledged he told a media member of the vote to allow coaches’ challenges this season.

(Houston, TX) — Jadeveon Clowney will be forced to play under the Texans’ franchise tag this season much to his chagrin. Houston failed to sign the Pro Bowl pass rusher to a multi-year contract before the deadline for extending players under the tag. Clowney still hasn’t signed the franchise tag. He missed all the OTAs and likely will hold out for most of training camp for the second straight year. ESPN’s Adam Schefter reports the Players Association is expected to file a grievance against the Texans over the position assigned Clowney. Houston labeled Clowney a defensive end/linebacker, but a linebacker marker carries nearly a 1.7-million dollar lower salary than a defensive end. He was the first player picked in the 2014 draft.

(Phoenix, AZ) — The Dallas Wings will meet the Mercury tomorrow afternoon in Phoenix. The Wings will then face the Los Angeles Sparks on Thursday night at the Staples Center. Dallas has lost its last two to tumble to 5-and-11 in the WNBA.

(Frisco, TX) — FC Dallas will host Sevilla tomorrow night in a friendly at Toyota Stadium. Dallas will return to MLS action on Saturday playing at Sporting Kansas City at Children’s Mercy Park. Dallas is seventh in the MLS West with 29 points in 21 matches.

(Arlington, TX) — Gary Patterson, who is the dean of Big 12 head coaches with 18-plus years, was at the dais for the first day of the Big 12 Football Media Days at AT&T Stadium. Kansas State transfer Andy Delton will likely start at quarterback for the Frogs. Texas Tech first-year head coach Matt Wells was also at the podium. He replaces Kliff Kingsbury, who was fired last November but then landed a NFL head coaching job with the Arizona Cardinals.