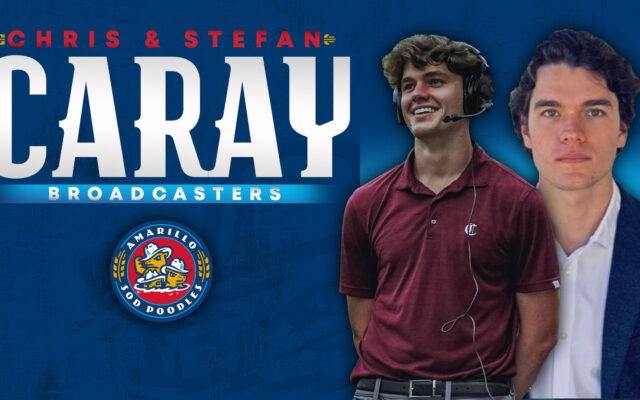 Amarillo didn’t have to wait long to find their new voices of the Sod Poodles.

The team announced March 24th that they have named twin brothers Chris and Stefan Caray,  the great-grandsons of Hall of Fame broadcaster Harry Caray, as the new radio announcers for the upcoming season.

The duo has previously called games for the Cotuit Kettleers of the Cape Cod Baseball League, as well as Georgia Gwinnett College.

The team will introduce the new broadcast duo Thursday, March 31 at 1:00 PM in the Fairly Group Club Level at HODGETOWN.

The Sod Poodles kick off their 2022 campaign Friday, April 8th.