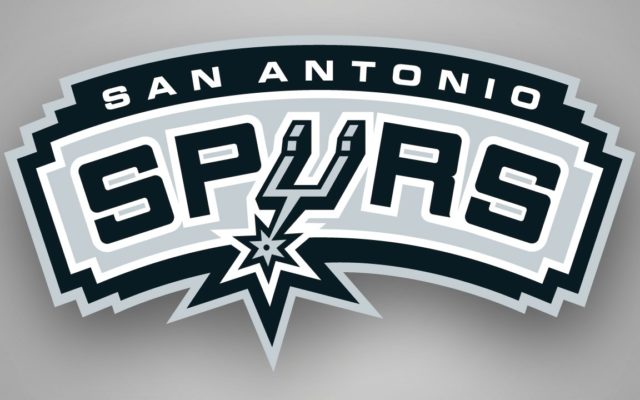 (Atlanta, GA) — LaMarcus Aldridge scored 32 points to lead the Spurs to a 111-104 win over the Hawks in Atlanta. Derrick White netted 18 points for San Antonio. Rudy Gay contributed 12 points and 11 rebounds as San Antonio reeled off its fourth straight victory. Rookie Trae Young led the Hawks with 22 points. John Collins had 18 points and 10 boards in defeat. Atlanta lost for the third time in four games and is 22-and-44 overall.

(Washington, DC) — Luka Doncic scored a game-high 31 points and grabbed 11 rebounds for the Mavericks in a 132-123 loss to the Wizards in Washington. Dwight Powell had 26 points and 10 boards in defeat. The Mavericks’ five-game winning streak against Washington ended. The Mavs will play tomorrow night in Orlando before returning home Sunday against the Rockets.

(Houston, TX) — The Rockets will be at home tomorrow night to face the Sixers. Houston will seek to win its seventh in a row. The Rockets defeated the Raptors 107-95 on Tuesday in Toronto. The Rockets are 39-and-25, which is tied with the Thunder for third place in the Western Conference standings.

(Dallas, TX) — The Stars will host the Avalanche tonight in the middle tilt of a three-game homestand. Dallas leads the Western Conference wild card race with 73 points in 66 games. Colorado has 70 points in 67 games. Dallas shut out the New York Rangers 1-0 on Tuesday with Ben Bishop collecting 28 saves.

(Surprise, AZ) — Carlos Tocci homered, doubled and drove in five Rangers’ runs in a 12-5 victory over the Giants in Surprise. Rougned Odor also homered for Texas. The Rangers are 4-and-6 in Cactus League play. The Rangers will play the Padres today in Peoria.

(Surprise, AZ) — The Rangers gave closer Jose Leclerc a four-year extension for just less than 15 million dollars. It includes two option years for more than 12 million dollars. He was perfect in a dozen save opportunities the last two months of last season. In 59 relief appearances, he logged a 1.56 ERA, held opposing batters to a .127 average and averaged 13.3 strikeouts per nine innings.

Bregman Exits With Stiff Back

(West Palm Beach, FL) — Astros third baseman Alex Bregman exited after the second inning with back stiffness in the 11-5 victory over the Marlins. Bregman, who had right elbow surgery in January, will not play today.

(New York, NY) — Boston Red Sox pitcher Steven Wright is being suspended 80 games without pay for testing positive for a performance-enhancing substance. MLB announced Wednesday that Wright tested positive for growth-hormone-releasing peptide 2. Wright’s appeal was unsuccessful. He will also be ineligible for the 2019 playoffs.

(Undated) — One year after being drafted in the first round by the Arizona Cardinals, Josh Rosen could be on the move. ESPN reports that multiple teams have reached out to Arizona about trading for Rosen. The Cardinals own the top pick in the 2019 NFL Draft and have been linked to quarterback Kyler Murray, who is fresh off a Heisman-winning season at Oklahoma.

(Undated) — In local college basketball action, Oklahoma State upset Baylor 67-64 in Waco. Tonight, SMU will play at number-12 Houston. Saturday, TCU will be at Texas, number-eight Texas Tech will be at Iowa State, Baylor will be at number-14 Kansas and Mississippi State will host Texas A&M.

CANYON, Texas – No. 4 and top-seeded West Texas A&M faces off against eighth-seed Cameron on Thursday, March 7, in the quarterfinals of the Lone Star Conference Tournament at the Comerica Center in Frisco, Texas. Tipoff is scheduled for 6 p.m.

(Fulshear, TX) — A 16-year-old girl from the Houston area is on her way to the big time as a roping champion. Madison Outhier is a sophomore at Fulshear High School whose performance over the weekend at the American Rodeo at AT&T Stadium in Arlington won her a 110-thousand-dollar prize. She was up against nearly 500 other competitors in the American semifinals. Madison will compete in the state championship this summer, where she hopes to qualify for the high school national rodeo championship.

(Austin, TX) — The number of Texans who want to see the return of an annual football game between the Aggies and the Longhorns is less than the number who don’t care one way or the other. In November, state Representative Lyle Larson, a San Antonio Republican, filed a bill that would require UT and A&M to play a game every November. A recent poll says 40-percent of the state’s voters would like the longtime rivalry to be resumed. Only four-percent are opposed, and 10-percent said they don’t know. But the largest group, 46-percent, don’t care.