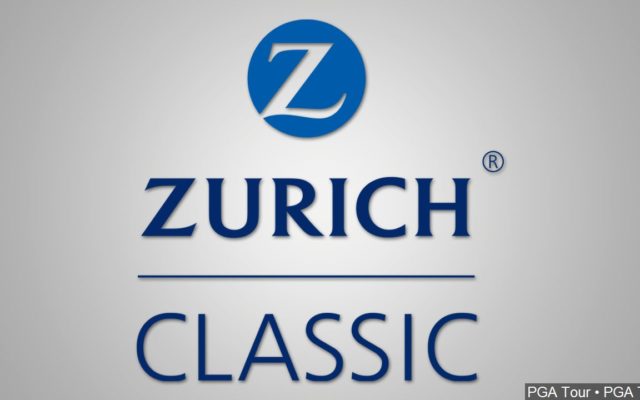 (Avondale, LA) — Ryan Palmer and John Rahm shot a 3-under 69 in the alternate-shot final round of the Zurich Classic Sunday to win by three strokes over Sergio Garcia and Tommy Fleetwood. They finished to shoot a 26-under 262 after the heavy rains wreaked havoc with the schedule. This is the only team event on the PGA Tour schedule.

Rockets Fall To Warriors In Game One

(Oakland, CA) — The Rockets fell 104-100 to the Warriors in Oakland in Game One of the Western Conference Semifinals. James Harden scored 35 points for Houston, while Eric Gordon contributed 27 points. Chris Paul was ejected with 4.4 seconds left after his second tech. The Rockets argued Harden was fouled on a missed trey with nine seconds left. Game Two will be tomorrow night in Oakland.

(Dallas, TX) — The Stars will host the Blues tonight in Game Three of the playoffs series in Dallas. The Stars won 4-2 on Saturday in St. Louis to even the series at a game apiece. The two will also play Wednesday night in Dallas before the series shifts back to the Gateway City.

(Seattle, WA) — Hunter Pence homered, doubled and drove in four runs as the Rangers routed the Mariners 14-1 in Seattle. Elvis Andrus, Shin-Soo Choo and Logan Forsythe also homered for Texas. Lance Lynn allowed one run over seven innings to pick up the win. Texas outscored Seattle 29-to-2 to win the final two games of this series.

(Arlington, TX) — The Rangers will open a five-game homestand tomorrow night with the first two games against the Pirates. Adrian Sampson will start for Texas. Pittsburgh will counter with Jordan Lyles in the first game.

(Houston, TX) — Robinson Chirinos blasted a three-run homer in a four-run seventh as the Astros beat the Indians 4-1 in Houston. Yuli Gurriel doubled home Michael Brantley with the first run of the inning. Houston won the last two games to split the series with Cleveland.

North Little Rock, Arkansas – The Sod Poodles dropped Sunday afternoon’s game at Dickey-Stephens Park to the Arkansas Travelers, 4-2.The Sod Poodles wrap up their series and road trip against the Travelers on Monday night. Amarillo sends righty Lake Bachar to the mound while the Travelers go with righty Darren McCaughan. The Soddies will be back home Wednesday night at Hodgetown to take on Springfield.

(Lincoln, AL) — Chase Elliott led 45 laps to pick up his first NASCAR Cup Series win of the season at Talladega. His Hendrick Motorsports teammate Alex Bowman finished in second. It was the first win for Hendrick Motorsports this season. Ryan Preece took third while Joey Logano and Daniel Hemric rounded out the top five.

(Frisco, TX) — The 2019 NFL Draft is in the books and the Cowboys selected eight players, but none in the first round. The Cowboys have had good fortune signing undrafted free agents in past years, including quarterback Tony Romo, wide receiver Cole Beasley and last year tight end Blake Jarwin. The Cowboys did sign undrafted North Texas wide receiver Jalen Guyton and Harvard offensive lineman Larry Allen Junior, who is the son of former Cowboys Pro Bowl lineman Larry Allen.

(Fort Worth, TX) — Baylor crushed TCU 12-1 in Fort Worth to complete a three-game weekend sweep in Big 12 action. The Bears outscored the Frogs 33-to-6 in the series. Baylor leads the conference with a 12-and-5 record. TCU is 6-and-9.