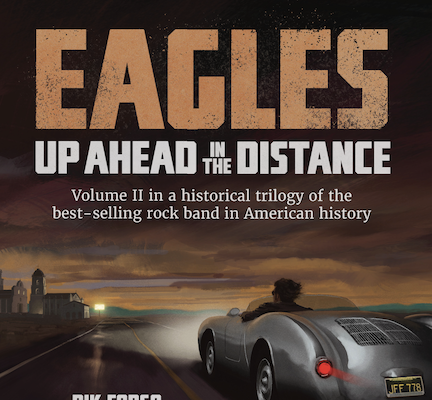 Second in a trilogy on the Eagles, Up Ahead in the Distance covers the band from 1972-1980 breakout

The Eagles’ debut single, “Take It Easy,” became the anthem for the summer of 1972, just as the band’s eponymous first album was also taking flight. Blending musical and commercial excellence, the Los Angeles-based musicians and songwriters became a multiplatinum Grammy-winning pop-rock phenomenon with few peers over the next several years.

Authors Rik Forgo and Steve Cafarelli pick up where book number one, Eagles: Before the Band, left off with Eagles: Up Ahead in the Distance

More about:
Eagles: Up Ahead in the Distance