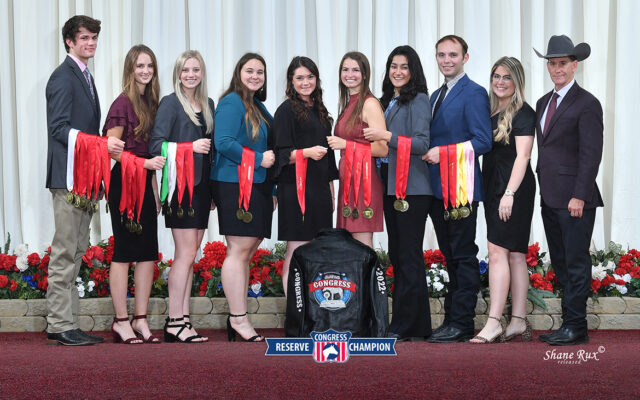 WT competed against 13 teams with a total of 65 athletes throughout the nation.

WTAMU was also named reserve champion at the American Paint Horse Association World Championship in Fort Worth on Oct. 1.

The team’s final competition will be Nov 2nd at the American Quarter Horse Associations World Championship in Oklahoma City.

Good Luck to WT on their final competition of the season!