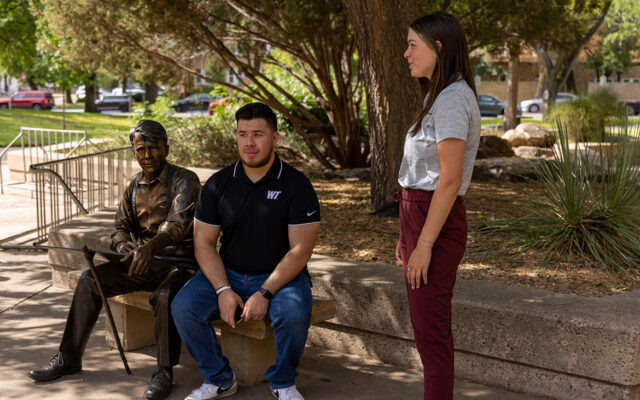 West Texas A&M University is asking the community for tips to locate a suspect that vandalized the newest on-campus statue.

On October 30th the statue of poet Robert Frost outside of the Cornette Library was found to be missing the leg of his writing desk, which was later discovered elsewhere on campus.

The statue will be repaired in the days to come and the university says it will be installing cameras around the area for added security.