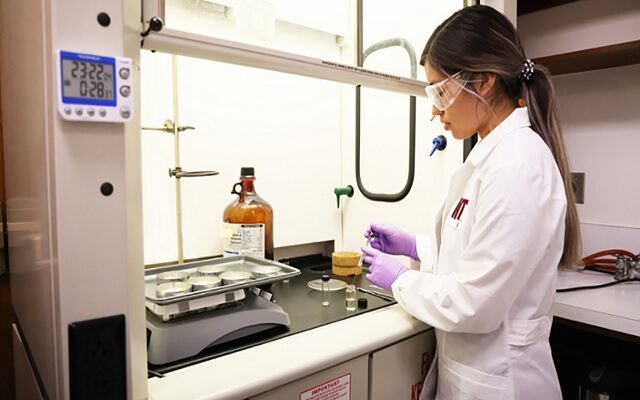 West Texas A&M Lizbeth Lopez, a senior biology major from Spearman, performs research as part of her project in the McNair Scholars Program.

With the 36th anniversary of the Space Shuttle Challenger Explosion, West Texas A&M Students are applying for a scholarship in honor of one of the astronauts.

Dr. Ronald McNair was one of six crewmembers aboard the ship on January 26th, 1986, and after his death, Congress named a research program in his honor.

There are 187 programs across the nation, with 21 of them located in Texas.

WT has seen 251 scholars take place in the program, with 144 postgraduate degrees since its inception in 1999.

Selected students will be given a mentor to oversee research projects, as well as further access to postgraduate research and financial aid.

The Application period is open from now until March 1st, and the link to apply can be found here.