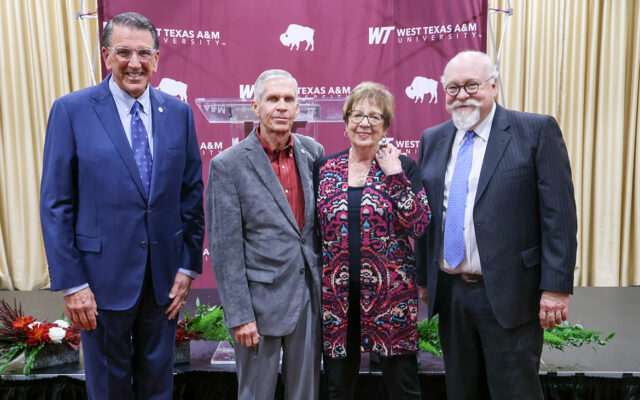 West Texas A&M University Foundation hosted a celebration in honor of the gracious donors of the university on October 13th.

The event was held at WTAMU that featured presentations, recognition, as well as interactive activities from each college on campus.

A presentation of the Pinnacle Award was delivered to Amarillo couple Lanna and Bob Hatton for outstanding donations to the Terry B Rogers College of Education and Social Sciences as well as the Sybil B. Harrington College of Fine Arts and Humanities.

Barbara Bain, Helen Piehl, and the late Geneva Schaeffer were also named to the President’s Panhandle Pioneer Award. The three families have collectively donated almost $20 million throughout the campus.

The One West Campaign that started officially in September 2021 had the goal to reach $125 million by 2025. That campaign has raised over $110 million as of October 13th.