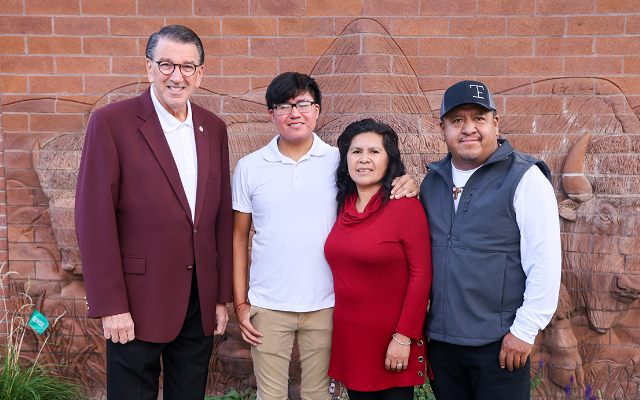 This last weekend was Family Weekend At West Texas A&M University, and one family was honored in particular.

Francisco and Sara Trejo are small-business owners in Gruver, Texas, and were named the WTAMU Family of the Year based on their son, Jose’s nomination.

The couple co-owns and operates the Gruver Cafe, and Francisco also works with Gruver Farm Supply.

When they started out, they were in poverty, but through struggle started their business, as well as remained a positive influence to their son, who plans to eventually continue the family business and let his parents return to Mexico.