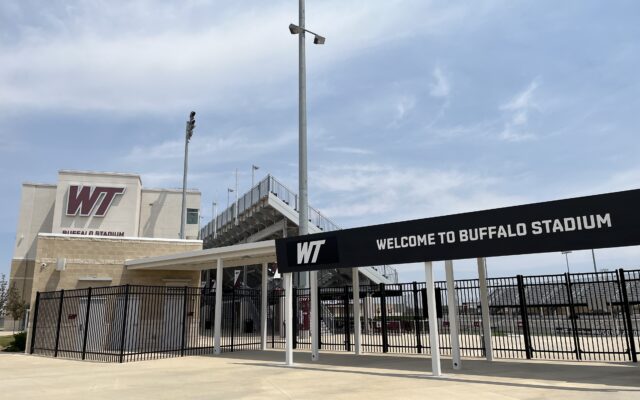 It was another weekend of record-breaking performances for our stellar West Texas A&M athletes.

The men’s and women’s track and field teams showed out at the Last Chance meet held in Canyon in their last tune-up before nationals.

Jamaal Wilson shattered a 28-year old record in the 110-meter hurdles with a 13.35s, setting the new standard for all of Division 2 and the Lone Star Conference.

Basem Hemeida joined in on the record-breaking action, as he broke his own school mark in the 400-meter hurdles.

The freshman ran a 46.69s for a new program record, good for the 13th-fastest time in Division 2 history.

Other winners include Brooke Urban in the high jump, Zada Swoopes in discus, DeOndra Green in the 400-meters and more.

On the diamond, WT baseball will be making their eighth-straight appearance in the Division 2 postseason as they snagged the third seed in the South Central region.

The men head to Grand Junction, Colorado for the double-elimination tournament where they will face Colorado Mesa and familiar-for St. Edwards.