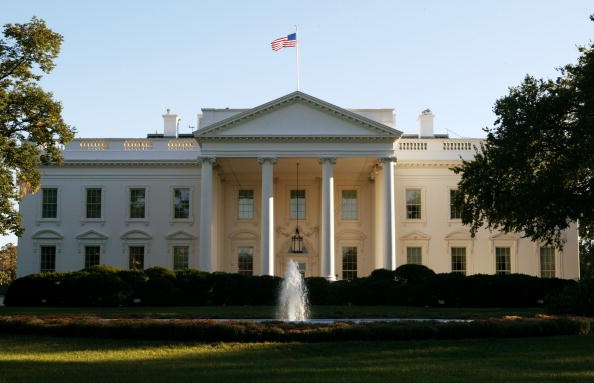 WASHINGTON - OCTOBER 2: An exterior view of the White House is seen October 2, 2003 in Washington, DC. According to a Washington Post/ABC News poll, nearly 70 percent of Americans favored to appoint a special counsel in the case of the leak of a CIA agent's identity that is now being investigated by the Justice Department. (Photo by Alex Wong/Getty Images)

The White House says the meeting between President Biden and a group of Senate Republicans was “substantive and productive.” The group led by Maine’s Susan Collins asked for an Oval Office meeting to lay out their vision for a scaled down coronavirus relief package. White House Press Secretary Jen Psaki says Biden noted areas where he believes the 600-billion-dollar GOP plan falls short. Biden wants nearly two-trillion-dollars in COVID relief and hopes Republicans can sign on to make a bipartisan measure. While Biden hopes to find common ground with Republicans, he vows not to settle for a package that doesn’t meet the needs of the moment.