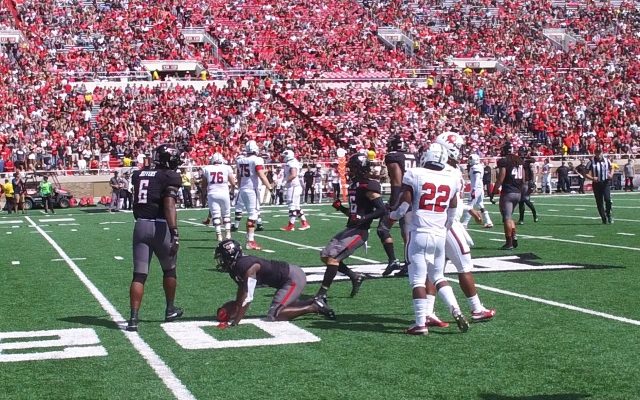 “We are thrilled to bring a coach with Todd’s credentials into our program,” Wells said. “He is one of the top defensive minds in football, and I know he will help us continue to build a strong culture within our program. We’re looking forward to welcoming Todd, his wife Amy and their family to Lubbock.”

Orlando served three seasons as the defensive coordinator at Texas where he helped push the Longhorns to 25 victories during that span and two bowl victories, notably a win over No. 5 Georgia in the Allstate Sugar Bowl to conclude the 2018 campaign. The win over Georgia wrapped Texas’ first 10-win season since 2009 and propelled the Longhorns into the top 10 of the final Associated Press poll.

“My family and I are excited to rejoin Coach Wells,” Orlando said. “We’ve won a bunch of games together in the past, and we plan to do the same here at Texas Tech. I’m looking forward to meeting the staff and players and then finishing up on the recruiting trail for the 2020 class.”

Texas featured strong defenses throughout Orlando’s tenure as the Longhorns led the FBS in 2017 with seven defensive touchdowns and five interceptions returned for a touchdown. Texas also ranked eighth nationally in rush defense that season, allowing only 106.8 yards per game on the ground en route to a victory over Missouri in the Academy Sports + Outdoors Texas Bowl.

Orlando joined the Texas staff following two successful seasons in a similar role at Houston where he helped revitalize a Cougars program that won 22 games during that time and played in its first New Year’s Bowl in 30 years. Houston closed Orlando’s first season on staff in 2015 with a 13-1 overall record following a victory over No. 9 Florida State in the Chick-fil-A Peach Bowl.

Orlando was tabbed Wells’ first defensive coordinator at Utah State after he was promoted to head coach at his alma mater prior to the 2013 season. The move paid dividends early for the Aggies, who ranked seventh nationally in scoring defense in 2013 (17.1 points per game) and 12th in 2014 (19.7 points per game).

Additionally, Orlando helped establish the culture of creating takeaways that defined Wells’ tenure at Utah State as the Aggies forced 59 over two seasons, the nation’s eighth-highest total over that span. Utah State also ranked second nationally with 114 tackles for loss and fourth nationally with 49 sacks in 2014 en route to appearing in its third-consecutive bowl game for the first time in program history.

Prior to Utah State, Orlando spent two seasons as the defensive coordinator at Florida International (2011-12) where he mentored five Panthers who earned various All-Sun Belt Conference honors. Among that group included safety Jonathan Cyprien, the 33rd overall selection in the 2013 NFL Draft, and defensive lineman Tourek Williams, who both earned first-team accolades.

Orlando joined the Florida International staff after a 12-year stint at Connecticut (1999-2010), which included the final six seasons as the Huskies’ defensive coordinator (2005-10). UConn captured the Big East Championship during Orlando’s final season, pushing the Huskies to an appearance in the Tostitos Fiesta Bowl.

Orlando received his first career collegiate position as the linebackers coach at the University of Pennsylvania from 1996-98. A native of Pittsburgh, he began his coaching career in his home state as the defensive coordinator at Central Catholic High School (1994) and Fox Chapel Area High School (1995).

Orlando was a three-year letterwinner at inside linebacker for Wisconsin and was a member of the 1994 Big Ten Championship team that defeated UCLA in the Badgers’ first Rose Bowl appearance since 1963. He and his wife, Amy, have two daughters, Taylor and Addison.