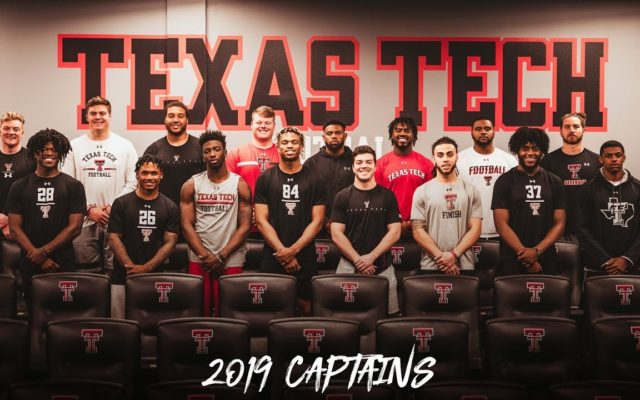 Wells will select four captains from this group each Wednesday during the regular season to represent the Red Raiders during the coin toss. The group of captains is made up of five seniors, five juniors, three sophomores and three redshirt freshmen who were all elected in a vote of their teammates.

Among the elected captains, senior offensive linemen Travis Bruffy and Terence Steele as well as senior defensive linemen Broderick Washington Jr. were selected for a second-consecutive season. They were joined by fellow seniors Jordyn Brooks and Douglas Coleman III.

A full listing of the 2019 team captains can be found below. The group was notified of their selection at the conclusion of Monday night’s team meeting held inside the Football Training Facility.

The captains will lead the Red Raiders over the next several months as Tech prepares for its Aug. 31 season opener against Montana State. Season tickets are still on sale and can be purchased by contacting the Tech Ticket Office at 806-742-TECH.