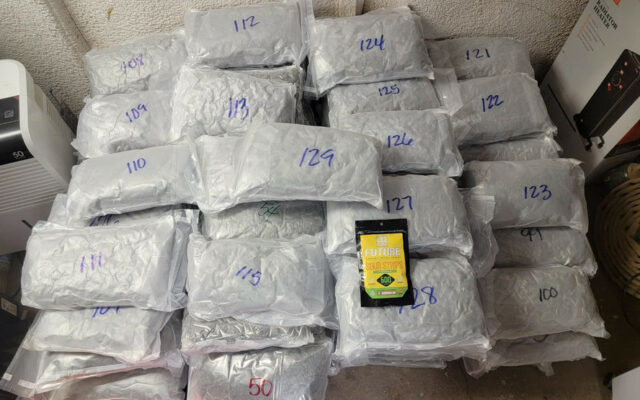 Two Drug trafficking suspects were arrested after calling 911 during a paranoia episode on methamphetamines.

Hartly County 911 dispatcher received a call from the suspects saying they were being chased early Friday morning.

The dispatcher told them to stop at a gas station. The suspects then decided to stop their vehicle in the middle of Highway 87 and get out.

The suspects darted toward deputies to tell them they had drugs in the vehicle.

Hartly County officials seized a suitcase with 1 pound of marijuana. They found over 129 bags of weed in the vehicle.

The suspects were arrested for drug trafficking. The two were headed to Alabama from Kansas and were awake for 3 days straight.