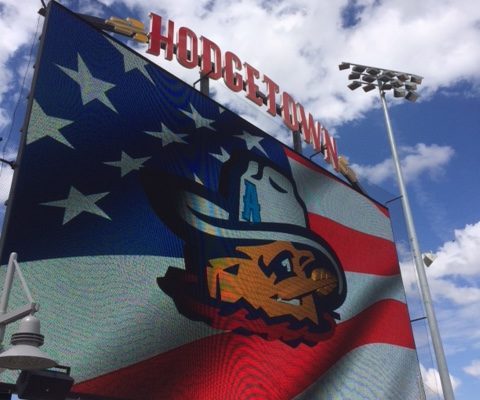 (Houston, TX) — The Nationals scored six runs in the seventh and whipped the Astros 12-3 in Houston to take a two-game lead in the World Series. Justin Verlander was charged with four runs in six-plus innings to take the loss. Alex Bregman clubbed a two-run homer in the first to tie the score at two and it remained that way until the seventh. Martin Maldonado homered in the ninth for the other Houston run.

(Washington, D.C) — Zack Greinke will be the Astros starter tomorrow night in Washington for Game Three as the World Series resumes after a travel day. The Nationals won the first two in Houston. The Nationals will counter with Anibal Sanchez, who has a 0.71 ERA in two postseason starts.

(Chicago, IL) — David Ross is coming back to the Cubs. He’s been hired to be their new manager. Ross replaces Joe Maddon, who was let go after five seasons before being recently hired by the Angels. Ross played for Maddon when the Cubs ended their 108-year World Series drought in 2016. The 42-year-old has been working as a baseball color analyst for ESPN.

(Dallas, TX) — Dak Prescott, Ezekiel Elliott, Amari Cooper and Jason Witten are among offensive players not practicing this week as the Cowboys opted to rest several during the bye week. The 4-and-3 Cowboys will return to action on November 4th for a Monday night game at the New York Giants. Join us this evening at 6 for the Dallas Cowboys Huddle live at Teddy Jack’s Armadillo Grill – 5080 S. Coulter. David Lovejoy and Tim Butler will be there talking about the Cowboys big win over the Eagles. Teddy Jack’s has a full variety menu, happy hour prices until 7 and we will sign you up to win a $25 Teddy Jack’s Gift Card.

(Houston, TX) — The Texans are back on the practice field today to continue to prepare for a Sunday home game with the Raiders. Houston is 4-and-3 coming off a 30-23 loss in Indianapolis. Oakland is 3-and-3. The Texans will play next week against the Jaguars in London.

(Minneapolis, MN) — Thursday Night Football lands in Minneapolis tonight as the Vikings host the Redskins. Minnesota has won three straight and is a game behind Green Bay in the NFC North at 5-and-2. Washington is just 1-and-6 on the season. Former Vikings running back Adrian Peterson is questionable to play for Washington as he deals with an ankle sprain.

(Dallas, TX) — Luka Doncic scored a game-high 34 points as the Mavericks beat the Wizards 108-100 to tipoff the NBA season in Dallas. Kristaps Porzingis tallied 23 points in his Dallas debut. The Mavs play the Pelicans tomorrow night in New Orleans.

(Houston, TX) — The Rockets tip off their season tonight against the Milwaukee Bucks in Houston. The Rockets finished last season 53-and-29 and third in the Western Conference. They acquired former NBA MVP Russell Westbrook in a July trade with the Thunder to pair with James Harden, another former league MVP.

(Dallas, TX) — The Stars will try to extend their winning streak to three tonight when they host the Anaheim Ducks. Dallas defeated Ottawa and Philadelphia in its last two to improve to 3-7-and-1.

College Football Round Up

(Undated) — In area college football, tonight number-17 and unbeaten SMU will play at Houston in an AAC contest. On Saturday, number-15 Texas will be at TCU, Texas A&M will host Mississippi State, North Texas Mean Green will be at Charlotte and Texas Tech will go to Kansas. West Texas A&M will travel to Portales, New Mexico to play ENMU in the Wagon Wheel Game. Number-14 Baylor is off before hosting West Virginia on Halloween.