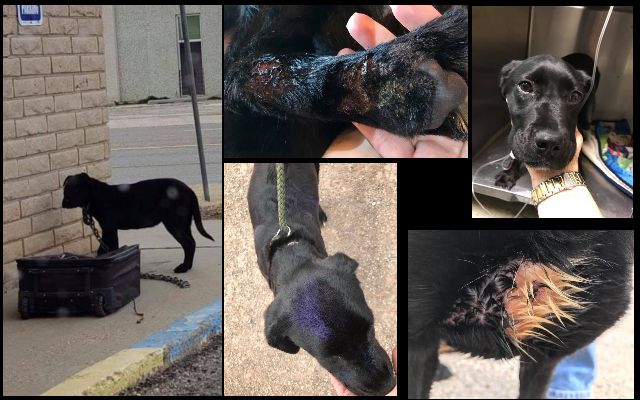 The Tulia Animal Control Advocates Facebook page started sharing photos of a
black puppy they call Lily in late March.
The dog is described as having been spray-painted, chemically-burned, and
covered in glue with a broken tail and cuts.
Another photo shared this week shows another black dog dragging a suitcase
around on a chain.
Tulia Police were able to determine who was in control of that dog and we were
able to get a warrant issued from the municipal court and seize that dog.
A hearing has been set where a judge will determine if the dog was cruelly treated
or not.
As for Lily, her health has been in jeopardy and as of this week, she&#39;s in need of
life-saving surgery.
The police department currently has no leads as to who harmed Lily, but they
encourage anyone with information to contact them at 806-995-3555.