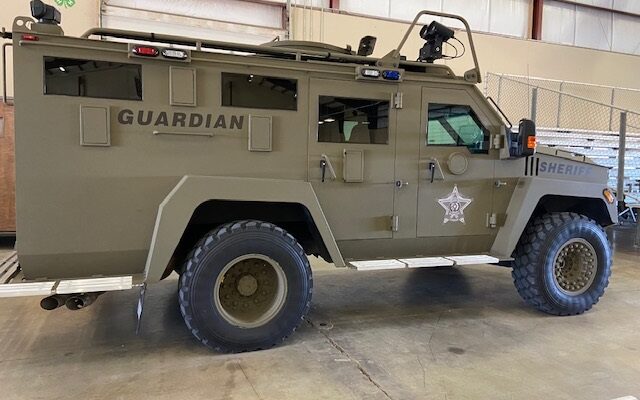 Two people are in custody following a Monday night SWAT situation in a home in the 1900 block of North Adams in North Amarillo home.

Potter County Deputies and Amarillo Police spotted two men running from a stolen pickup at 7:00 p.m. and police say a man identified as 32-year-old Johnny Allen was armed with a gun.

The second man identified as Jerome Snyder was found in the nearby area and taken into custody.

APD’s Critical Response Team was called out a little before 8:00 p.m. and found two women inside the home Allen had invaded and he refused to come out and not release the women

After a few hours, Allen agreed to come out and police say he tried to steal another car and escape via a garage, SWAT quickly entered the home to stop the theft, and capture him.

Allen is booked into the Potter County Jail on aggravated assault with a deadly weapon, aggravated robbery, Unlawful possession of a firearm by a felon, and evading arrest.

During the incident, several homes nearby the 1900 block of Adams Street residence were evacuated