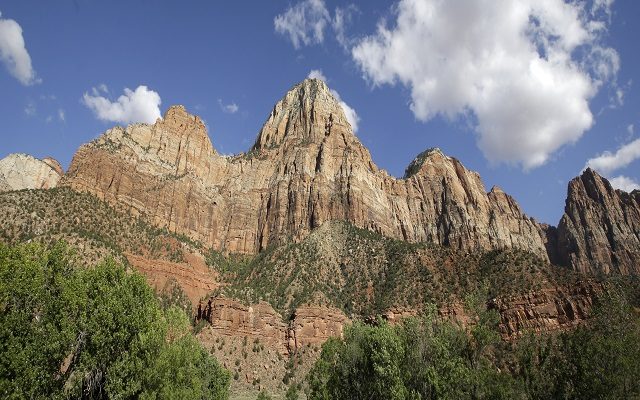 This Sept. 16, 2015 photo shows Zion National Park, near Springdale, Utah. Many of the country's most prominent national parks, including Grand Canyon, Yellowstone and Zion, set new visitation records in 2015. The National Park Service celebrates its 100th birthday in 2016 and has been urging Americans to rediscover the country's scenic wonders or find new parks to visit through marketing campaigns. (AP Photo/Rick Bowmer, File)

With record highs in the temperature in the panhandle, this heat is helping one of the studies being carried out by West Texas A&M University.

Students installed 24 temperature and humidity sensors at various points within Palo Duro Canyon last year and continue to record data in confirming the theory that the canyon traps heat.

Temperatures have been seen on average within the canyon to be 12 degrees higher than in Amarillo.

The canyon has seen all but one day in July over the 100-degree mark, and this is considered the first large-scale study into Palo Duro’s climate.

This study has also been helpful for park rangers, who decide on trail closures based on the heat, and how many they can help because of a lack of preparedness of visitors for the harsh condition.