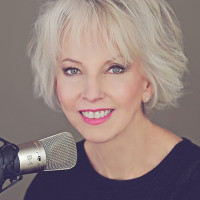 Doing What Works With Maureen Anderson

Think of the happiest people you know. What are they doing that you aren’t? Doing What Works: Your Guide to a Better Life answers that question. Every weekend, host Maureen Anderson talks to experts with advice on everything from quitting smoking to asking your boss for a raise. Doing What Works is designed to help people find happiness not just at work but in their personal lives, as well.

Maureen Anderson is a civil engineering graduate of the University of Nebraska-Lincoln who held a variety of positions in management and sales before getting into radio. She attributes her successful career change to the training she did with Richard Bolles, author of What Color Is Your Parachute?

Maureen is an award-winning journalist whose articles and essays have appeared in publications ranging from Radio World to Spirituality & Health. She is the author, with Dick Beardsley, of Staying the Course: A Runner’s Toughest Race (University of Minnesota Press, 2002). She is also the author, with Jon Hovde, of Left for Dead: A Second Life after Vietnam (Minnesota, 2005), which won a 2006 Minnesota Book Award. And she’s the author of The Career Clinic: Eight Simple Rules for Finding Work You Love.