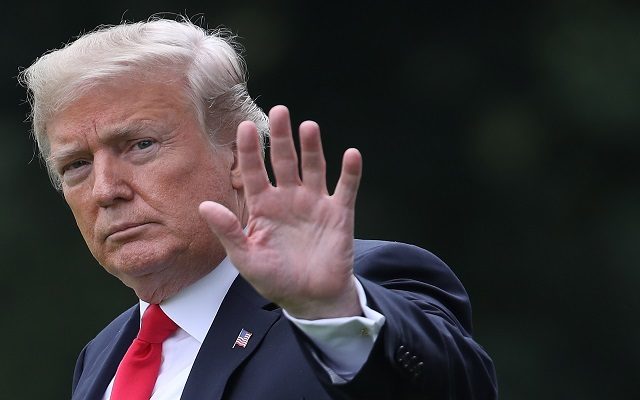 WASHINGTON, DC - JULY 31: U.S. President Donald Trump departs the White House July 31, 2018 in Washington, DC. Trump is scheduled to travel to Tampa, Florida where he will attend a campaign rally for Rep. Ron DeSantis (R-FL), who is running for governor. (Photo by Win McNamee/Getty Images)

President Trump will not attend President-elect Joe Biden’s inauguration on January 20th. He made the announcement in a one-line tweet.

No president in the modern era has refused to attend the inauguration of his successor. It happened three times in the 18-hundreds.

He has lost dozens of court challenges in battleground states and two at the U.S. Supreme Court.

The President sent an earlier tweet praising Americans who voted for him.

He called them great American patriots and said they will “not be disrespected or treated unfairly in any way, shape or form!!”

Biden won the election with 306 electoral votes, while Trump secured 232.