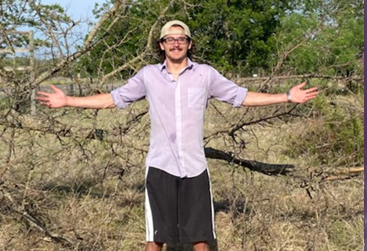 The Potter County Sheriff’s Office is asking for the public’s help finding a man who’s been missing since early June.

According to the Sheriff’s Office, Wade Benjamin Pierce, 28, was reported missing on June 9th, after he was last seen on the 3rd.

Pierce is described as standing 5’10”, 135 pounds, and has brown eyes and long brown hair. He also wears glasses.

He is not believed to be in danger but Pierce may not have his cellphone, vehicle, or wallet with him.

Wade is presumed to still be in the Amarillo area.

The Potter County Sheriff’s Office is asking for any information on his whereabouts.