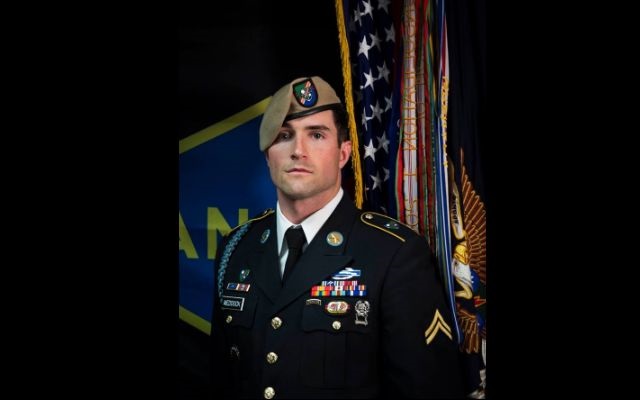 A U.S. Sergeant has died in Afghanistan Thursday, January 10th.

U.S. Army Sergeant Cameron A. Meddock of Spearman Tx was killed by small arms fire while participating in Operation Freedom’s Sentinel in the Badghis Province.

Sgt. Meddock was a decorated member of the military, awarded the Purple Heart, Army Achievement Medal, NATO Medal, among numerous other awards and commendations.

Governor Abbot requested that flags be lowered at the Texas State Capitol in Austin, as well as Hansford County and any adjacent counties.

Congressman Mac Thornberry said “We recently received the sad news that Sergeant Cameron A. Meddock of Amarillo, Texas, died after injuries sustained by small arms fire in Afghanistan on Monday, January 13. Sergeant Meddock was an exceptional and highly-decorated Army Ranger whose death we mourn and whose service we honor. Our deepest sympathies go out to his family and loved ones.”