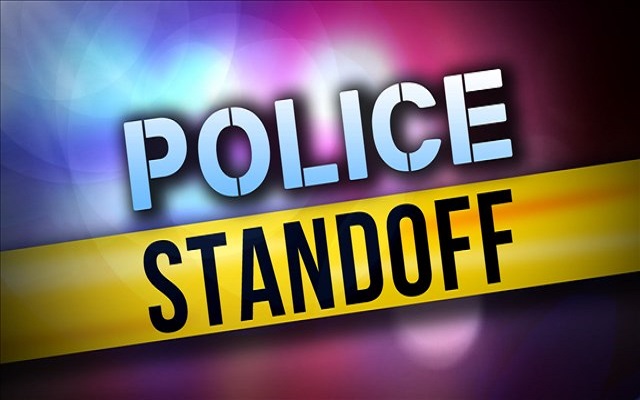 One man is dead after a stand-off with police Monday evening.

Amarillo police were called to the Overnite RV Park at 900 S. Lakeside on a reported burglary at 8:45 p.m.

The caller told officers that he returned to his RV and found an unknown male standing inside holding a gun.

After a brief struggle the caller, who was also armed, was able to disarm the suspect who then entered another room where other firearms were located.

When officers arrived they heard a commotion from inside of the RV and saw the suspect armed with a gun and police ordered him to disarm and leave the RV.

The suspect refused and pointed the gun at police from the RV’s door.

An Amarillo police officer fired at the suspect, who retreated back into the RV before returning fire from inside.

At 9:09 PM, the APD Critical Incident Response Team was called to assist and the suspect continued to fire the weapon from the inside of the RV

A Chemical irritant was deployed into the trailer in an attempt to get the suspect out without success.

At 9:48 PM, officers saw the suspect lighting a fire inside of the RV, which became fully engulfed. While the fire burned, officers could hear multiple rounds of ammunition going off.

At 10:11 PM, the Amarillo Fire Department was able to put the fire out and the suspect was found dead inside of the RV.

The suspect is unidentified at this time. Justice of the Peace Gary Jackson has ordered an autopsy.

The officer involved in the shooting will be placed on administrative leave per department policy.