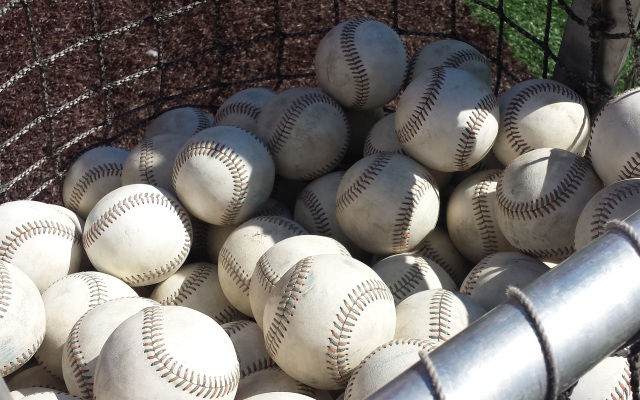 LUBBOCK, Texas – No. 11 Texas Tech baseball came up short of the series sweep over Kansas with a 13-9 loss in the series finale on Sunday at Rip Griffin Park.

It was an uncharacteristic outing for Tech starter Erikson Lanning, who faced just four batters in the first inning and failed to record an out. He exited with KU leading 1-0 and the bases loaded. Junior Taylor Floyd minimized the damage in the frame, and went on to deliver 3.0 solid innings of relief to help Tech bounce back from an early two-run deficit to take the lead in the fourth.

Freshman Dru Baker went 3-for-5 on the day with a double, and he jumpstarted the Tech offense in the fourth with a two-out single. Fellow freshman Max Marusak followed with a triple, and sophomore Gabe Holt knocked in the tying run to make it a 3-3 ballgame.

Freshman designated hitter Cole Stillwell continued his hot hand of late with a two-run single. Then, junior Josh Jung capped off the five-run inning with one of his three hits on the day to give Tech a 6-3 lead.

Stillwell finished 3-for-5 on the day with two RBI and a season-high three runs. Jung, meanwhile, went 3-for-4 with three RBI and his third home run of the season, a two-run opposite field dinger in the eighth that cut Kansas’s lead to one at 10-9.

After the Red Raiders took the lead in the fourth, the Jayhawks responded with three runs in the fifth to tie it up at 6-6. Two walks early in the inning came back to haunt the Red Raiders as a double from Tom Lichty plated a pair of runs, and Lichty would later score on a single to left.

An RBI double from Baker in the sixth put Tech back in front, but the lead was short lived as Kansas came back for a two-out rally of their own in the sixth. Redshirt freshman Clayton Beeter surrendered a double, a walk and a two-run triple with two outs that allowed KU to seesaw ahead 8-7. Beeter, who leads the team in saves, was tagged with his second loss of the season.

The Jayhawks added runs in the seven and eighth innings before Jung connected on an opposite field home run – his third of the year – in the eighth that brought Tech back to within one at 10-9.

Kansas strung together another two-out rally in the ninth that put the game out of reach. A single and walk got it started, and Lichty delivered for the Jayhawks once more with a two-run triple that made it 12-9. An infield error allowed Lichty to score and bring the final to 13-9.

The Red Raiders will head to Midland on Tuesday for a neutral site matchup against New Mexico State (22-8, 6-3). It’s the second of two meetings between the two teams this season with Tech winning earlier this season, 7-0, in Lubbock. First pitch from Security Bank Ballpark is set for 7 p.m.