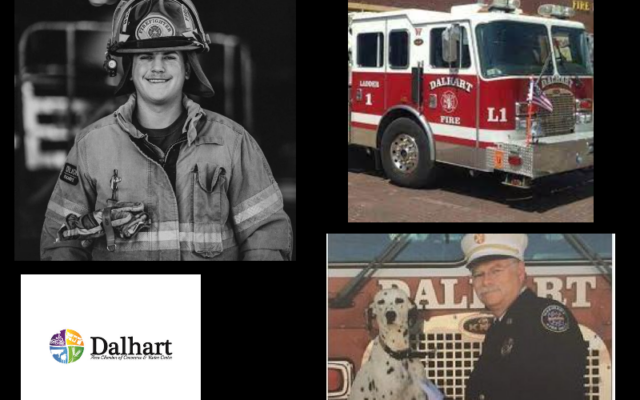 The Dalhart Community is mourning the death of two firefighters.

The Dalhart Volunteer Fire Department says that Firefighter Brendan Torres and Fire Chief Curtis Brown were involved in a crash with a semi late last night while returning from a call earlier that night.

At 8:40 p.m., Department of Public Safety Troopers responded to a call about a head-on collision involving a Dalhart Volunteer Fire Department vehicle and a truck tractor towing a semi-trailer on US 54.

Brown and Torres were pronounced dead at the scene.

The driver of the truck tractor was taken to the hospital with unknown injuries.