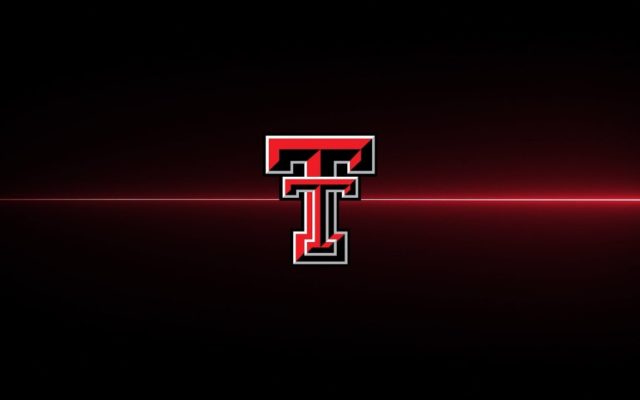 (San Jose, CA) — Texas Tech is in the Sweet 16 for the second straight year. Norense Odiase posted 14 points and 15 rebounds as the third-seeded Red Raiders blasted Buffalo 78-58 in second round action in San Jose. Jarrett Culver chipped in with 14 points and 10 boards for Texas Tech, which will meet second-seeded Michigan in the West Region semifinals on Thursday. Nick Perkins posted 17 points and 10 boards off the bench to pace the sixth-seeded Bulls, who finish the season 32-and-4.

(Tulsa, OK) — Corey Davis Junior paced third-seeded Houston with 21 points as it buried 11-seed Ohio State 74-59 in the Midwest Region in Tulsa. The Cougars took the lead with six minutes left in the first half and never trailed after that point. Galen Robinson Junior added 13 points for Houston, which advances to face two-seed Kentucky in the Sweet 16. C.J. Jackson led Ohio State with 18 points in defeat. The Buckeyes manged just 28 points in the second half as they end the season at 20-and-15.

(Updated) — Baylor lost to top-seeded Gonzaga 83-71 in the second-round of the NCAA Tournament in Salt Lake City. The Bears end the season 20-and-14.

Texas Survives In OT In NIT Second Round

(Austin, TX) — The Texas Longhorns edged by Xavier 78-76 in overtime in a second-round NIT game in Austin. Kerwin Roach led the Steers with 21 points.

Frogs Trip Up Nebraska In NIT

(Fort Worth, TX) — TCU knocked off Nebraska 88-72 in the second round of the NIT in Fort Worth. Desmond Bane led the Frogs with 30 points. TCU will host Creighton tomorrow in the next round.

(Waco, TX) — The top-seeded Baylor Lady Bears will meet California tonight in Waco in a second-round NCAA Women’s Tournament action. The 32-and-1 Lady Bears demolished Abilene Christian 95-38 in the opening round. Texas A&M escaped with a 78-76 win over Marquette to advance from the College Station region. Indiana bounced Texas from the tournament with a 69-65 win in the first round in Eugene, Oregon.

(New Orleans, LA) — James Harden scored 28 points in the Rockets’ 113-90 win over the Pelicans in New Orleans Eric Gordon contributed 18 points to the win, while Chis Paul had 13 assists and 10 points. The Rockets are 5-and-1 in their last six games. The Rockets will play tomorrow night in Milwaukee before returning home Thursday to host the Denver Nuggets.

(Boston, MA) — LaMarcus Aldridge poured in 48 points to lead the Spurs to a 115-96 win over the Celtics in Boston. He was 20-for-31 from the field and pulled down 13 rebounds. DeMar DeRozan and Patty Mills were the only other two in double digits for San Antonio, with 16 and 12 points apiece. The Spurs snapped a two-game losing streak. Marcus Smart led Boston with 14 points, while Gordon Hayward and Marcus Morris had 13 apiece. Kyrie Irving has 11 points and 12 assists in the loss, the Celtics’ fourth straight.

(Dallas, TX) — The Mavericks are home tonight against the Kings. Dallas is coming off a 126-91 upset Saturday of Golden State. While 20-year-old rookie Luke Doncic posted a triple-double — 23 points, 11 rebounds and 10 assists — 40-year-old Dirk Nowitzki scored a season-high 21 points against the Warriors.

(Winnipeg, Manitoba) — The Stars will begin a four-game Canadian trip tonight against the Jets in Winnipeg. The Stars went 1-3-and-1 on a five-game homestand that ended Saturday with a 3-2 loss to the Penguins. Dallas is holding onto the top Wild Card spot in the West with 82 points, one ahead of Colorado and three ahead of Minnesota and Arizona. The Stars will also play this week at Calgary, Edmonton and Vancouver before returning home next week.

(Ridgeway, VA) — Brad Keselowski raced to victory for the second time this season as he picked up the win in the STP 500 at Martinsville Speedway in Ridgeway, Virginia. Keselowski led 446 of 500 laps in a dominant effort. Keselowski’s win tied him with Kyle Busch for the most Cup Series wins on the season. Chase Elliott finished behind Keselowski in second. The aforementioned Busch finished in third while Ryan Blaney and Denny Hamlin rounded out the top five.

(Palm Harbor, FL) — Paul Casey is the first repeat winner of the Valspar Championship. Casey carded a one-over 72 in Sunday’s final round at Innisbrook to win the tournament for the second straight year. Casey finished at eight-under-par for the tournament, one shot better than Louis Oosthuizen and Jason Kokrak. Bubba Watson and Sungjay Im tied for fourth place at minus-six.

(Undated) — Rangers starter Lance Lynn allowed two runs on two hits and two walks over five innings as a Texas split-squad tied 3-3 tie with the Royals in Surprise. It was Texas’ final Cactus League game. Hunter Pence drove in a run with a sacrifice fly in the Texas 4-3 loss in Nashville, the Rangers’ Triple-A affiliate. The Rangers will play their final two exhibition games in Arlington against the Indians at Globe Life Park. Edinson Volquez will start tonight for the Rangers. Our coverage begins this evening at 6:30 on 710AM and 97.5FM KGNC. The Rangers are hopeful Joey Gallo, who is nursing a groin strain, will return to the outfield after last playing in a game on March 14. Texas opens its regular season Thursday at home against the Cubs.

(West Palm Beach, FL) — The Astros announced they have signed ace right-hander Justin Verlander to a two-year extension. Verlander will receive 66-million dollars for the extension, which concludes after the 2021 season when he will turn 38. The announcement was made on a practice field with his wife, Kate Upton, and baby daughter in attendance. He will make his 11th career opening day start on Thursday against the Rays.

(Frisco, TX) — The Cowboys have signed safety George Iloka to a one-year contract. He had played with the Bengals and Vikings. Iloka, who turns 29 on this coming Sunday, started 76 of 80 games for Cincinnati from 2013-through-2017. He played in all 16 Vikings’ games last season.