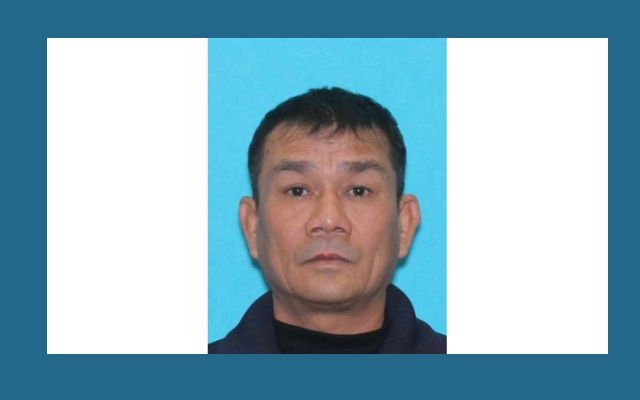 One Amarillo man is behind bars, accused of kidnapping and sexual assault.

On Sunday, April 7th at 10:19 p.m. The Amarillo Police Department was called to north Amarillo on a possible kidnapping involving a sexual assault.

Police were told that a juvenile female had been riding her bicycle when she was picked up by an Asian male driving a yellow Ford SUV.

The victim was taken to a residence and sexually assaulted before being released. Officers were told the victim did not know the suspect.

Authorities found a vehicle that matched the suspects, parked at a house in north Amarillo owned by 52-year-old Moe Swe.

The Amarillo Police Department would like to take this opportunity to remind parents to talk to their children about strangers every chance that they get. They need to be told that there are good strangers and bad strangers.

If a bad stranger does attempt to make contact with them, they need to do their best to create distance between themselves and the stranger and find a safe place or safe person to ask for help. If the stranger does make physical contact with the child, they need to make as much noise as possible to draw attention to the situation while trying to get away.  If they encounter any of these circumstances they need to know that it should always be reported to an adult and then to the police.