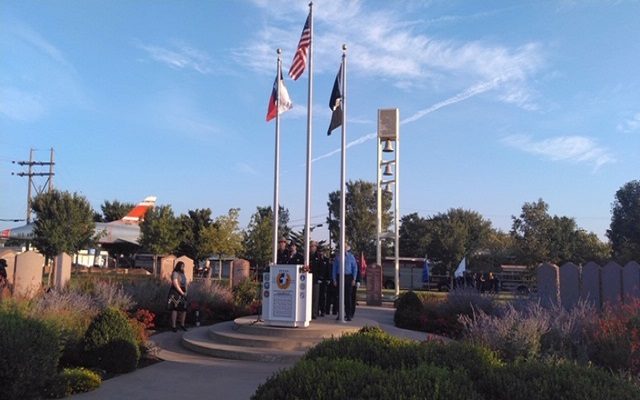 Area First Responders will gather together in honor of the 20th anniversary of the September 11th attacks.

The public is invited to the Texas Panhandle War Memorial at 4101 South Georgia to remember those fallen heroes.

The ceremony will begin at 8:40am with Randall County Sheriff Forbis speaking about the importance of this day.

From 8:59 to 9:00am there will be a moment of silence followed by rifle volleys and Taps.

The honor guard will raise the flag at 9:01am and then LifeStar will do a flyover.

Officials say that parking will be limited due to the large number of emergency vehicles being present during the ceremony.