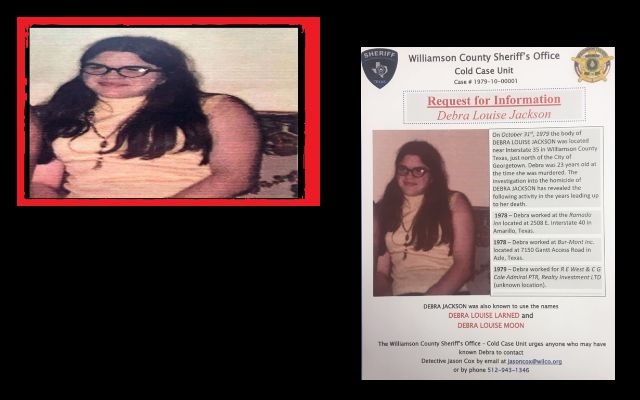 This upcoming Halloween will mark the 40th anniversary since the body of Debra Louise Jackson was discovered in Williamson County in Abilene.

She was known as “Orange Socks” until August of this year when detectives were finally able to identify her through DNA records.

Social Security Administration work records show that at some point in 1978 Jackson was in Amarillo and worked at the Ramada inn which is currently the Camelot Inn.

The Sheriff’s Department never identified a suspect in her murder.

Anyone who may have worked with her at the Ramada Inn in 1978 or have any information about her murder please contact Detective Jason Cox at 512-943-1346 or jasoncox@wilco.org