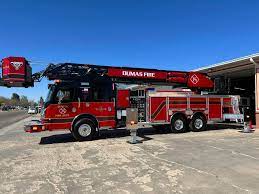 An accidental fire, Tuesday morning, in the 42 hundred block of Hilltop Drive got Amarillo firefighters scrambling. The blaze was reported at 11:46 a.m..

When they arrived they found smoke coming out the front door and were met outside the home by occupants telling them the fire was in the front bedroom.

The crews entered the bedroom and found the fire was out, though they used a portable water can to put out smouldering clothing and set up a vent fan to remove lingering smoke.

The Fire Marshal’s Office has determined the fire was accidental because a candle was left in a bedroom, unattended next to a bundle of clothes.

The house occupant suffered burns on her hands and face from carrying melted clothes but refused treatment.