Honoring the Fallen on September 11th 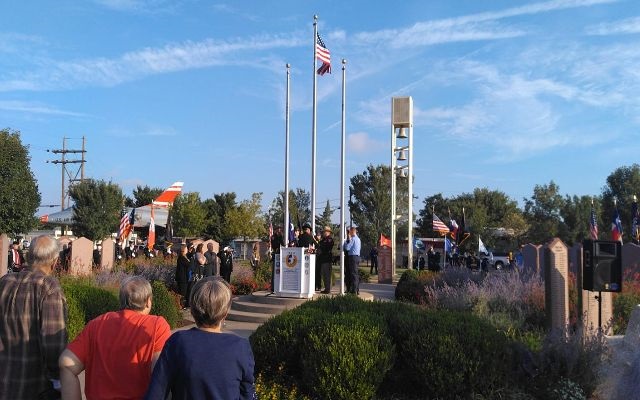 Hundreds gathered at the Texas Panhandle War Memorial on Wednesday morning for a ceremony of remembrance for September 11th.

Multiple law enforcement agencies and first responders were also in attendance to pay tribute to the fallen during the attack that took place 18 years ago.

Bagpipes and trumpets were played as the stars and stripes were raised.

The ceremony ended with a 21 gun salute and a flyover by the Lifestar helicopter.