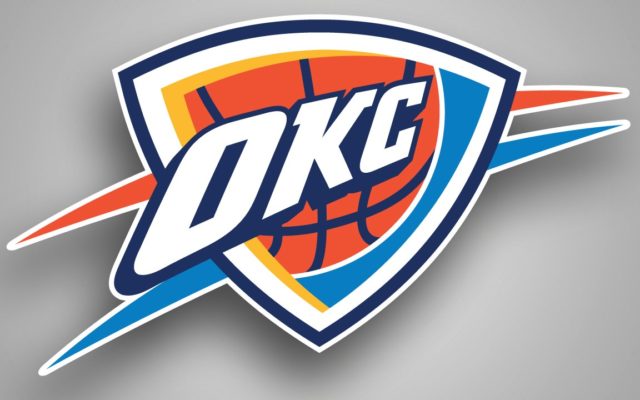 (Portland, OR) — Russell Westbrook scored 37 points as the Thunder edged by the Trail Blazers 129-121 in overtime in Portland. Paul George had 32 points and 14 rebounds for Oklahoma City. The Thunder have won two of their last three and moved a game in front of Portland with a 40-and-25 record. Damian Lillard scored 51 points or the Trail Blazers. McCollum contributed 25 points in the loss. Jusuf Nurkic had 13 points and 17 rebounds for Portland before being ejected in the final minute of regulation with two technicals. Portland has lost three of its last four.

(Houston, TX) — The Rockets will be at home tonight to face the Sixers. Houston will seek to win its seventh in a row. The Rockets are 39-and-25, which leads the Southwest Division. They will play Sunday against the Mavericks in Dallas.

(Orland, FL) — The Mavericks will conclude their three-game trip tonight against the Magic in Orlando. Dallas has lost three straight and eight of nine. The Mavs will return home Sunday to meet the Rockets.

(Dallas, TX) — Alexander Radulov recorded a hat trick as the Stars blanked the Avalanche 4-0 in Dallas. Ben Bishop made 31 saves for his second shutout in three days. Jamie Benn had the other goal for Dallas, which has won four straight and leads the Western Conference wild-card standings with 75 points. The Stars will wrap up their three-game homestand tomorrow night against the Chicago Black Hawks.

(Peoria, AZ) — Hunter Pence belted his first spring training homer, a three-run shot in the seventh, in the Rangers’ 11-8 loss to the Padres in Peoria. Danny Santana contributed a two-run homer in the Texas first inning. Left-hander Mike Minor took the loss, yielding four runs on six hits over three innings. The Rangers will play the Rockies today in Scottsdale.

(Jupiter, FL) — Justin Verlander struck out five, walked two and allowed five hits in three-plus scoreless innings in the Astros’ 4-1 victory over the Marlins. Corbin Martin picked up the save, striking out three in two scoreless innings. Houston improved to 7-and-5. The Astros will meet the Cardinals tonight in Grapefruit League action.

Irving Announces He Is Retiring From NFL

(Undated) — Cowboys defensive lineman David Irving announced on Instagram Live he is retiring from the NFL. He was suspended last week for violating the NFL’s drug policy. Irving, who has several failed marijuana drug tests, was smoking when he made the announcement. Irving says he loves football, but not the NFL.

(Englewood, CO) — The quarterback carousel continues in the NFL this offseason. Multiple reports say the Broncos are trading former starting QB Case Keenum to the Redskins. This comes just weeks after Denver agreed to acquire Joe Flacco from the Ravens. Denver went 6-and-10 last season. Trades will become official with the start of the new league year next week.

(Undated) — In local college basketball action, SMU lost 90-79 at number-12 Houston. Tomorrow, TCU will be at Texas, number-eight Texas Tech will be at Iowa State, North Texas will wrap up its regular season at Florida International, SMU will play at South Florida, Texas State will be at UT-Arlington, Baylor will be at number-14 Kansas and Mississippi State will host Texas A&M.

Frisco, Texas – Gach Gach scored a game-high 21 points with Ryan Quaid chipping in 15 points and 12 rebounds as No. 4 West Texas A&M defeated Cameron 72-59 in the Lone Star Conference Quarterfinals on Thursday evening at the Comerica Center in Frisco, Texas. The Buffs advance to Saturday’s semifinal where they will play the winner of Eastern New Mexico and Tarleton.

Canyon, Texas – The #16 Lady Buffs claimed a share of their 17th Lone Star Conference Regular Season Title with an overall record of 25-3 as they claimed the top overall seed in this weekend’s LSC Championship, they take on eighth seeded Texas A&M-Kingsville on Friday evening at 6 p.m. at the Comerica Center in Frisco.

(Fort Worth, TX) — Sports writing legend Dan Jenkins has died. He was 89. Jenkins is a Fort Worth native and TCU graduate. He began his career writing for the Fort Worth Press and Dallas Times Herald before joining the Sports Illustrated staff. He wrote more than 20 books, including best-sellers “Semi-Tough,” “Baja Oklahoma” and “Dead Solid Perfect.” His daughter Sally Jenkins is an award-winning sports columnist for The Washington Post.