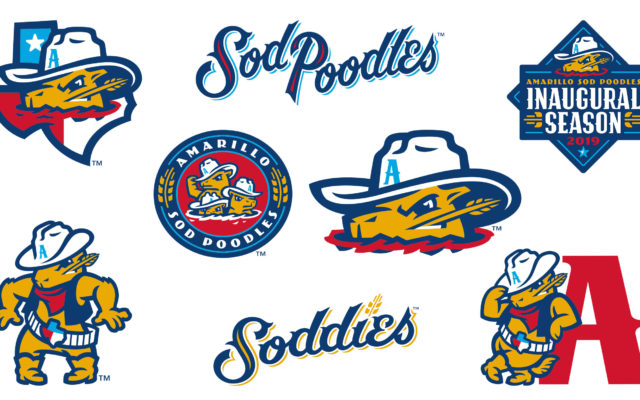 Corpus Christi, Texas – The Amarillo Sod Poodles played the first game in franchise history at Whataburger Field on Thursday night, dropping their inaugural season opener 5-2 to the Corpus Christi Hooks. The Sod Poodles return to action on Friday night at Whataburger Field for the second game of a four-game series. Right-hander Jesse Scholtens makes the start for Amarillo while the Hooks will counter with lefty Brett Adcock. First pitch is at 7:05 p.m. The Sod Poodles host their inaugural home opener at HODGETOWN on Monday, April 8 against the Midland RockHounds. First pitch is at 7:05 p.m.

(Anaheim, CA) — Joey Gallo blasted a three-run homer and Ronald Guzman a two-run shot in a five-run first inning to propel the Rangers to an 11-4 victory over the Angels in Anaheim. Shin-Soo Choo had two hits and three RBIs, while Elvis Andrus went 3-for-5 and drove in a pair of runs. Lance Lynn is the Texas starter tonight in the second game of this series in Anaheim. Our pregame coverage begins tonight at 8:30 on 710AM and 97.5FM KGNC.

(Houston, TX) — The Astros will host the Oakland Athletics tonight in their home opener. Right-hander Collin McHugh will start for the Astros. Houston went 2-and-5 against Tampa Bay and Texas to start the season.

(Oklahoma City, OK) — Dodgers ace Clayton Kershaw is working his way back from a shoulder injury. He made a rehab start with the Oklahoma City Dodgers, pitching four-and-a-third innings of two-run ball with six strikeouts. Kershaw said he felt good after. He’s expected to make another rehab start before returning to Los Angeles.

(Chicago, IL) — The Stars will be resting some players tonight when the meet the Blackhawks in Chicago. Dallas has already clinched a playoff berth and goalie Ben Bishop, forwards Mats Zuccarello and Jamie Benn and defenseman Roman Polak did not make the trip to Chicago. The Stars end the regular season at home tomorrow against Minnesota.

(Dallas, TX) — The Mavericks have back-to-back games with the Grizzlies this weekend. Dallas will be at home tonight and go to Memphis Sunday for the rematch. Dallas will host the Suns on Tuesday in what will likely be the final home game for future Hall of Famer Dirk Nowitzki, who turns 41 in June. He has played his entire career with the Mavericks.

(Houston, TX) — The Rockets will be home tonight against the New York Knicks. Houston has won four in a row and at 51-and-28 hold a half-game lead over the Portland Trail Blazers for the Western Conference third seed. The Rockets are home Sunday against the Suns and end the regular season Tuesday at Oklahoma City. Portland has four games left.

(New York, NY) — Texas downed Lipscomb 81-66 in the NIT championship game at Madison Square Garden. Dylan Osetkowski led the Longhorns with 19 points and 11 rebounds. UT wraps up the basketball season with a 21-and-16 record.

(Undated) — The Final Four for both the men’s and women’s NCAA Tournaments tip off this weekend. In women’s action tonight, Notre Dame faces U-Conn and Oregon meets Baylor in Tampa, Florida. The men’s Final Four tips off tomorrow in Minneapolis with Auburn going up against Virginia and Texas Tech taking on Michigan State. Our coverage for the men’s final four begins Saturday afternoon at 3:30 on 710AM and 97.5FM KGNC.

COLLEGE STATION, Texas (AP) — Texas Tech’s Chris Beard has been named The Associated Press men’s college basketball coach of the year, edging Houston’s Kelvin Sampson. Beard earned 20 of 64 votes from AP Top 25 voters who submitted ballots before the start of the NCAA Tournament. The Red Raiders won a share of the Big 12 regular season title for the first time, then pushed past No. 1 seed Gonzaga to win the West Region and earn a spot in the Final Four.

(Fort Worth, TX) — TCU head basketball coach Jamie Dixon is reportedly on the short list to be the next UCLA coach. Dixon is a TCU grad and returned to his alma mater in 2016 and has led the Frogs to one NCAA Tournament, two NIT appearances and a 68-and-41 record. Dixon is a Los Angeles native.

(College Station, TX) — Buzz Williams was officially introduced as the Texas A&M basketball coach. He agreed to a six-year contract that starts at three-million and eight-hundred thousand dollars a year and escalates at one-hundred thousand dollars per year. He replaces Billy Kennedy, who was fired last month. Williams had been at Virginia Tech, taking the Hokies to three straight NCAA Tournaments for the first time in program history. Prior to that, Williams guided Marquette to five NCAA appearances in six years.

(Frisco, TX) — It will cost more to see the Cowboys play in 2019. The team informed season ticket holders it will use “variable” ticket pricing this season. The price between preseason games and regular-season games will be dramatic. Dallas made the playoffs last season and beat Seattle in the Wildcard round.