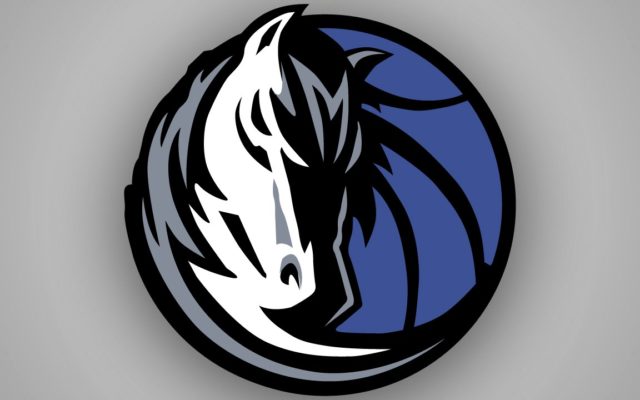 (Denver, CO) — The Mavericks lost 100-99 to the Nuggets in Denver. Dallas was outscored 21-to-10 in the fourth quarter and suffered its seventh straight defeat. Luka Doncic had 24 points, 11 rebounds and nine assists in the loss. The Mavs will return home tomorrow night against Cleveland.

(Indianapolis, IN) — Wesley Matthews tipped in the deciding basket with 1.8 seconds left as the Pacers rallied past the Thunder 108-106 in Indianapolis. Domantas Sabonis scored 26 points and Bojan Bogdanovic added 23 for Indiana, which came back from 19 down. Paul George led the Thunder with a game-high 36 points. Russell Westbrook had a triple-double with 17 points, 11 assists and 14 rebounds for Oklahoma City, which had won its previous two games.

Rockets Will Try To Rebound Tonight Against Suns

(St. Paul, MN) — Stars goalie Ben Bishop, who had posted shutouts in his three previous starts, left in the second period with a lower-body injury in the 4-1 victory over the Wild in St. Paul. Radek Faksa, Roope Hintz and Joel L’Esperance lit the lamp for Dallas within a two-minute, 22-second span in the second period. Dallas is 6-and-1 in its last seven games and moved into third place in the Central with 79 points. The Stars will host Vegas tonight to begin a five-game homestand.

(Undated) — A Rangers split-squad beat the Royals 5-4 in Surprise. Danny Santana belted a two-run homer in the win. Edinson Vólquez picked up the win, allowing two runs on four hits, while striking out three over four innings. The other half of the Texas squad lost 2-1 to the Cubs in Mesa. Rangers right-hander Adrian Sampson allowed two hits over four-plus scoreless innings. The Rangers will start Jason Hammel today play against the Indians in Surprise.

(West Palm Beach, FL) — Collin McHugh was roughed up for six runs on seven hits and two walks in less than three innings in the Astros’ 12-6 loss to the Marlins. Robinson Chirinos, Tyler White and Alex Bregman homered for Houston. The Astros will meet the Cardinals tonight in Grapefruit League action.

(Frisco, TX) — The Cowboys re-signed wide receiver Tavon Austin after Cole Beasley bolted to sign with the Bills. Austin had eight catches for 140 yards in seven games with Dallas. He missed nine games with a groin injury. The Cowboys also signed defensive lineman Christian Covington to a one-year contract. He was a 2015 sixth-round pick of the Texans out of Rice.

(Arlington, TX) — Undefeated world welterweight champion Errol Spence will defend his belt tomorrow night against Mikey Garcia in a pay-per-view bout at AT&T Stadium. Spence, who is from a Dallas suburb, is 24-and-0 with 21 knockouts. Garcia is 39-and-0 with 30 knockouts, but the 135-pound lightweight champion is moving up two weight classes to challenge the 147-pound Spence.

(Kansas City, MO) — TCU, Baylor, Texas Tech and Texas all lost in the quarterfinals of the Big 12 Tournament in Kansas City. Number-one seed Kansas State eliminated the Horned Frogs 70-61. Baylor fell 83-66 to Iowa State. Kansas beat the Longhorns 65-57. The biggest stunner was 10th-seeded West Virginia topping sixth-ranked Texas Tech 79-74. While the Red Raiders will definitely be in the Big Dance with a 26-and-6 record, the Frogs, Bears and Steers are bubble teams. UT is probably in the biggest danger of being out with a 16-and-16 record. We will broadcast tonight’s semi-final double-header beginning at 6pm on 710AM and 97.5FM KGNC.

(Undated) — In other area college basketball action, Mississippi State crushed Texas A&M 80-54 in the SEC Tournament in Nashville. The Aggies finish with a 14-and-18 record. Number-10 Houston will return to the court today against Connecticut in the AAC Tournament in Memphis. The Cougars captured the regular season conference crown with a 16-and-2 record and are 29-and-2 overall. Houston drew a first-round bye.

Canyon, Texas – West Texas A&M athletics announced on Thursday afternoon that they will cover the cost for all WT student tickets for the Buffs and Lady Buffs games this weekend, March 15-16, in the NCAA South Central Regional at the First United Bank Center. Students must present their school ID to one of the WT ticket workers to gain admission to the games. The top seeded Lady Buffs host rival Eastern New Mexico today at 2:30 p.m. while the No. 1 seed Buffs will host New Mexico Highlands at 5p.m. Saturday’s regional semifinals are scheduled for 5 p.m. and 7:30 p.m.