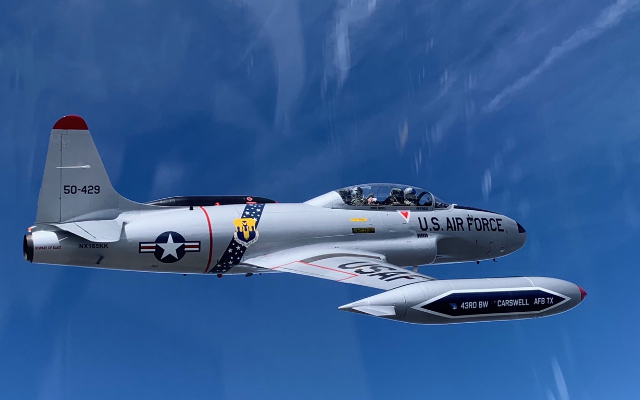 This Saturday, the Texas Air and Space Museum will be visited by the T-33 Jet Trainer from 10 am to 2 pm, weather permitting.

The plane has been owned by PGM Aviation since 2015, and the pilot bringing it into town is Jim Reynolds, a former Amarillo Resident.

The T-33 Shooting Star was designed by Lockheed as an American subsonic trainer aircraft during the 1940s for pilots who were already trained to fly propeller-driven aircraft.

These aircraft were first built in 1948 and flew from that time until 2017 when they were retired from service.

The Texas Air and Space Museum is located at 10001 American Boulevard in the EFA hangar.

Admission is by donation, and you can learn more about the visit or about the museum by calling 806-335-9159.