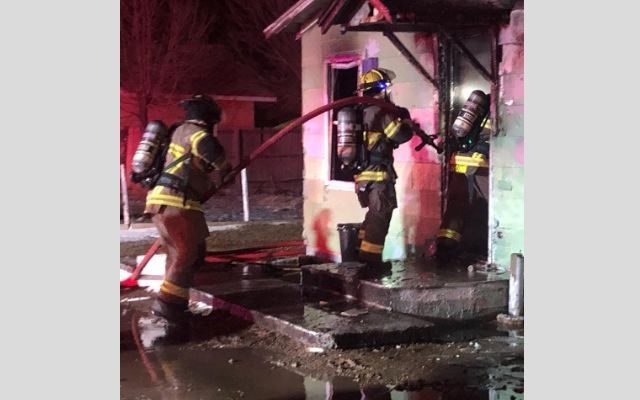 Spearman firefighters saved the life of a person involved in an early Friday morning house fire.

Spearman Volunteer Fire officials say the blaze broke out at 2:00 a.m. and when the firefighters got there, they learned a person was inside the home.

Two people entered the house and pulled the trapped person out, away from the smoke.

The blaze was contained to the point of origin and burned itself out, stopping any additional property damage.