Dr. Eddie Sauer Talks About Growth Of The City And Work Of The Council In Run For Place 3 Seat 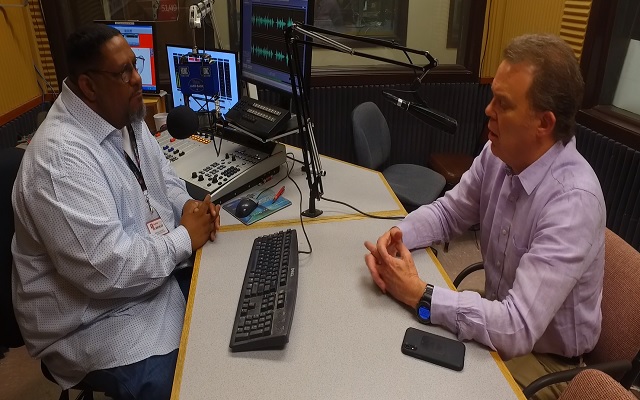 Dr. Eddie Sauer has been a part of a lot of changes to our city while serving in the Place 3 council street.

In his bid for reelection, Dr. Sauer talks about the growth of the city and the role of the council.

Sauer said that the council has made the safety of the city one of its highest priority along with growing the economy.

Adding new positions in the Amarillo Police and Fire Departments, and upgrading facilities and equipment along with the recruitment of the Texas Tech Vet School

One of the goals Dr. Eddie Sauer wanted to achieve when he ran for Amarillo City Council Place 3 two years ago was to help build a city that his daughters would want to come back to and establish their careers and families in.

We ask Sauer has that task been achieved.

The Doctor said not just downtown has been the focus of improvements to our city.

With 10.3 million dollars made available in the Neighborhood Project Program North Heights, San Jacinto, and the Barrio have already started to transform with Eastridge soon to follow.