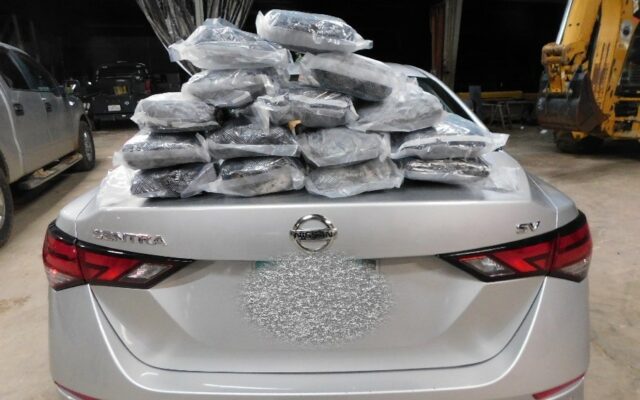 Around 7 p.m., a DPS Trooper stopped a 2021 Nissan Sentra traveling east on I-40 near Conway for a traffic violation.

A DPS K-9 unit arrived on the scene and alerted on the vehicle. The Trooper then discovered multiple plastic-wrapped packages of methamphetamine in the trunk area.

The driver, Brandon Galvan, 22, of San Diego, California, was arrested and charged with felony possession of a controlled substance and was booked into the Randall County Jail.

The drugs were reportedly being transported from San Diego, California, to Atlanta, Georgia.