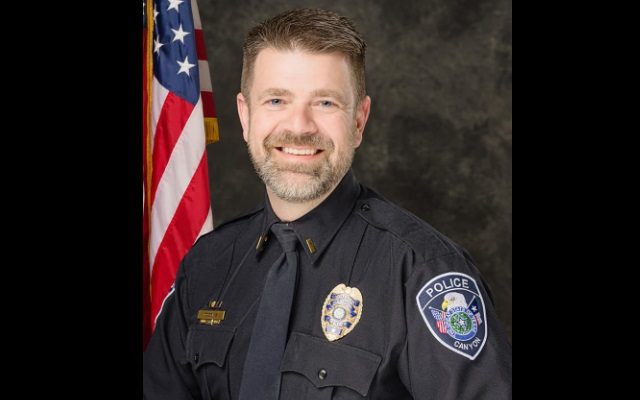 The Canyon Police Department has announced that Lieutenant Matthew Coggins has been named as new Police Captain.

Coggins has been with the CPD for 16 years and was a lieutenant for the last 6 years.

“We’re very happy to promote Coggins to the Captain position,” said Steve Brush, Canyon Police Chief. “After a long search, we found what we needed right in our own department. Matt has been Lieutenant for six years, and he will fill into this new leadership role well.”

He will be responsible for the overall development, supervision, and evaluation of the patrol services for the City of Canyon.

“It is an honor to continue to serve the officers and the community of Canyon,” stated Coggins. “I look forward to the opportunities, the challenges and the future of the Canyon Police Department.”

A promotion ceremony will take place on Wednesday, October 20th at 3:00 pm in the Commissioner Chambers at City Hall where his wife Stephanie will do the honors of pinning him.

“Matt has worked for us for 16 years and we are excited about bringing his leadership into the future activities and projects of the CPD,” stated Joe Price, Canyon City Manager.