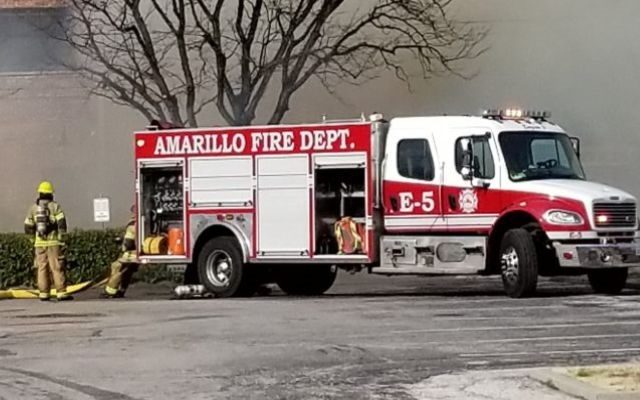 The Amarillo Fire Department is on the scene of a mobile home fire at 10201 EastAmarillo Boulevard.

The first units arrived at 6:49 pm and found the home fully involved in fire. Several nearby buildings, vehicles, trees, and grass were engulfed upon arrival.

A second alarm went out with a request for grass rigs to help attack the blaze.

11 AFD and 4 Potter County units responded and BNSF had to shut down the rail track due to visibility problems.

The fire was called “under control” by 7:38 pm. The home and many shed type buildings on the property will be a total loss.

The Fire Marshal’s 0ffice has been called out.

The blaze has spread to a lot next to the home and has become a grass fire.

Due to the property being overgrown and being full of debris, it has made it difficult for crews to access the area.

Potter County Fire and Rescue are assisting in the battle and BNSF Railroad officials have been notified because nearby tracks are threatened.